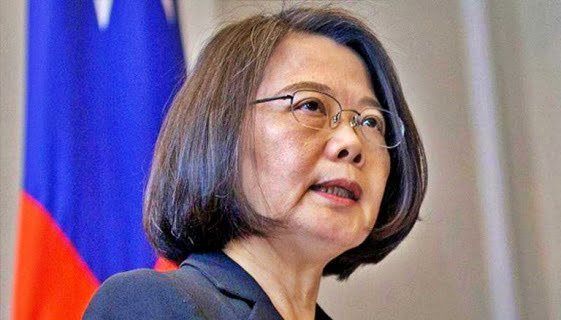 New Delhi: Taiwan said on Saturday that Taiwan is an independent nation and not a part of the People’s Republic of China. The Taiwan side responded by retorting to China’s remarks in which China had said that the issue of Taiwan and China is a mutual matter and China will not accept external interference in any way on this issue.

According to Taiwan News, Taiwan’s presidential office spokesman Xavier Chang said that Taiwan is a sovereign and independent country. It is not part of the People’s Republic of China. He said that the future of Taiwan is in the hands of Taiwan.

This statement from Taiwan’s side comes at a time when Chinese President Xi Jinping has spoken of pursuing relations with Taiwan in a peaceful manner. Like China, it was also said that China would strongly oppose foreign interference on the issue of Taiwan. During his address on the 110th anniversary of the Xinhai Revolution, Xi Jinping said, “The Taiwan issue is exclusively an internal matter of China.

Responding to the Chinese president’s remarks, Chang said that what happened after the Xinhai Revolution of 1911 was the establishment of a democratic republic, referring to the Republic of China, not an authoritarian dictatorship. The current situation in Hong Kong proves that China has given up on its promise to preserve.

The spokesman said that mainstream public opinion in Taiwan is very clear, the Taiwanese people reject “one country, two systems” and will defend their democratic and free way of life.

Never Thought It Was Possible To Be Bollywood Actor With No Connections To Films:...

24/06/2020/11:52:pm
Actor Sidharth Malhotra says coming to Mumbai to explore a career in Bollywood was not easy, adding that support from his family helped him...

Administration ready to unlock Indore, fruits, and vegetables are being sanitized to mandis

25/05/2021/4:50:pm
Indore: Indore, the most corona-infected city in Madhyapradesh, is to be unlocked from June 1. CM Shivraj Singh said this in the review meeting...