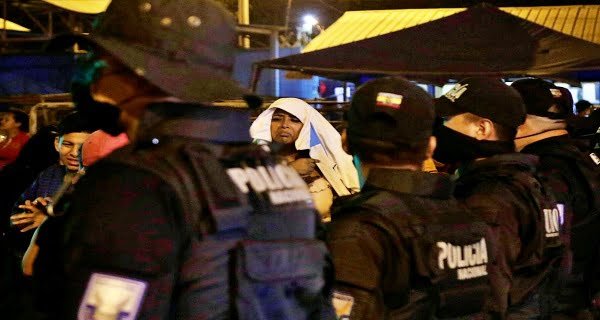 Quito (Ecuador): Violent clashes broke out on Tuesday at a prison in a peninsula in the Ecuadorian coastal city of Guayaquil, killing 24 inmates and injuring 48 others. Ecuador’s prison services said in a statement that police and the military were able to control the situation at the Guayaquil Regional Prison after about five hours. Guayas governor Pablo Arosemena told a news conference outside the prison that the situation was now under control.

Officials said shots were fired, knives were fired and explosions also took place in the violent clash. This violent clash took place between the ‘Los Lobos’ and ‘Los Choneros’ gangs in the prison. In the pictures shown on television, prisoners can be seen firing from the windows of the jail. The Guas government also shared some photos on its Twitter account, in which six cooks can be seen being evacuated from a part of the prison. Earlier, more than 100 prisoners were killed in a violent clash at a jail in the country in July.

User login in WhatsApp will be more secure! Only these users will be able...