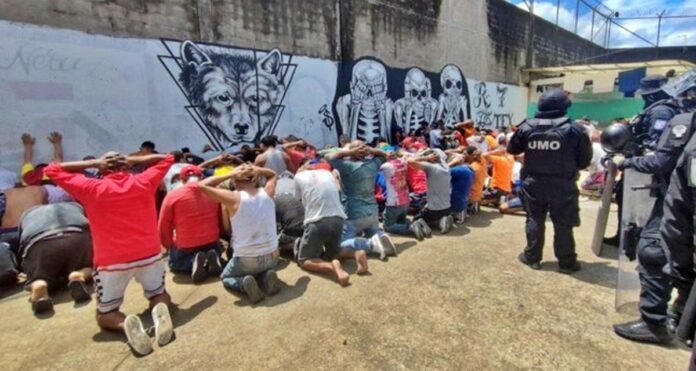 Quito (Ecuador): 44 prisoners were killed in a violent clash between rival gangs at a prison in Ecuador. Officials gave this information on Monday. About a month ago, 20 people were killed in another prison riot. Interior Minister Patricio Carrillo told a news conference that some inmates at the Belavista prison in Santo Domingo came out of their respective cells with the intention of attacking other inmates.

“Evidence has been found that those who lost their lives were attacked with knives. Most of the dead bodies have marks of stabbing. He said relatives of prisoners would be helped to take the bodies to their hometowns. The minister said guns, explosives and other weapons were recovered from the jail after the police took it under control. Officials said 220 prisoners escaped during the violence, out of which 112 have been recaptured.

Human rights group Amnesty International said in a report in March that at least 316 prisoners died in violent clashes in Ecuadorian prisons in 2020. Of these, 119 were killed in a riot in September that year.

04/04/2022/11:18:pm
Dehradun: A big news has come out from Uttarakhand. In fact, an elderly woman resident of Dehradun has presented a testament in a court...

Twitter has to Comply With New Digital Services Act: EU

27/04/2022/10:40:pm
Brussels: Following the official acceptance of Elon Musk’s supply to purchase Twitter this week, the European Union threatened to penalize and even ban the...

11 of 60 Palestinian Children Killed in Israeli Air Strikes Were...

India has given Corona vaccine to many countries, America says ‘true...