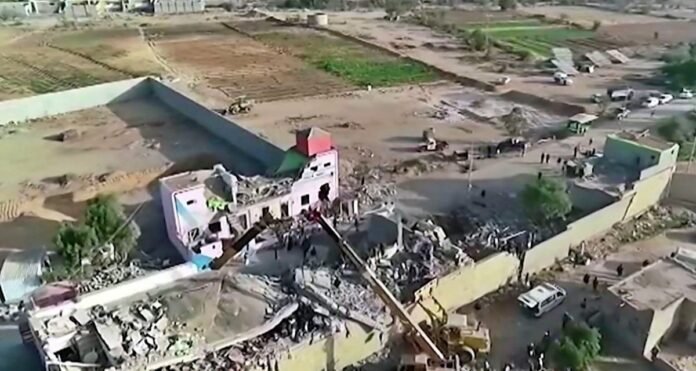 Cairo: At least 80 killed in an airstrike by a Saudi Arabia-led military coalition on a prison run by Yemen’s Houthi rebels has occurred. The rebels gave this information on Saturday. Friday’s airstrike was part of a larger air and ground attack that marked an escalation in Yemen’s years-long civil war. The conflict is between an internationally recognized government and a government aided by a Saudi-led coalition and Iran-backed rebels.

Giving details of the death toll, the Houthi rebels’ media office said rescuers were still searching for survivors and bodies in the rubble of a prison site in the northern province of Saada on the border with Saudi Arabia. The ‘Doctors Without Borders’ charity said about 200 people were injured in the airstrike.

The coalition was again criticized by the United Nations and international aid and rights groups after the airstrike, one of the deadliest attacks of the war. Saudi coalition spokesman Brigadier General Turki al-Malki alleged that Houthi rebels had not reported the site to the United Nations or the International Committee of the Red Cross, marking it as a site in need of protection from airstrikes. He alleged that the Houthi’s failure to do so represented a “general deceptive view” of the militia in the conflict.

15/08/2020/12:11:am
Washington: While Russia has claimed to have created the Coronavirus Vaccine, the US is still not ready to accept it. Meanwhile, news has come...

Trailer of ‘Prithviraj’ released, Akshay Kumar seen in the role of Raja

09/05/2022/9:18:pm
Mumbai: The trailer of the much-awaited film 'Prithviraj' starring Bollywood actor Akshay Kumar has been released today. Viewers are delighted to see this powerful...

How to Obtain an Instant Loan Online in India

01/12/2020/10:36:pm
Mumbai: Well known Bollywood singer and reality show host Aditya Narayan is in the headlines these days regarding his personal life. Today is their...

America extends hands to help Ukraine against Russia, will give deadly...