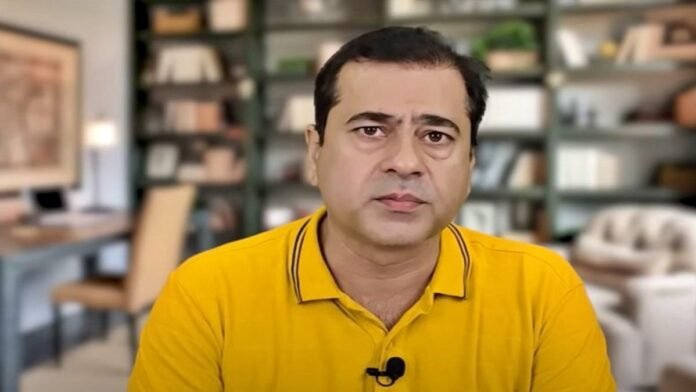 Pakistan: The presenter in a major Pakistani television channel has been released. Who was arrested earlier this week near Islamabad? The High Court granted him bail in one case and dismissed other cases against him. This information was given by a public prosecutor. Imran Riaz Khan was taken into custody on Tuesday.

However, a few weeks ago a court in Pakistan’s capital Islamabad ordered the police not to arrest him and several other journalists on complaints alleging hatred against the country’s military. A total of 17 cases were registered against Khan in different cities of Punjab, Pakistan’s most populous province. According to Punjab Advocate General Pervez Shaukat, Khan was granted bail for a period of 10 days till the next hearing on charges of inciting people to agitate and create anarchy.

And 16 other cases were dismissed. Khan is a presenter on a television channel that recently hosted a program on Sama TV. He is known for his blog on social media and for publicly supporting former Prime Minister Imran Khan. Former Prime Minister Khan had raised his voice against the arrest of the TV presenter.

Shaukat told the Lahore High Court in the hearing that the government had no objection to the television presenter being granted bail. The government had unsuccessfully tried to level sedition charges against him. Shaukat said the court also sought assurance from Khan that he would not make any controversial statement till the next hearing.

27/01/2023/11:22:pm
Mumbai: Everyone is crazy about Bollywood playback singer Alka Yagnik. Be it the 90s or today's time, everyone appreciates his songs and her voice....

India distances itself from UN resolution on Russia’s ‘illegal referendum’

02/10/2022/12:29:pm
Russia: India on Friday abstained from voting on a draft resolution tabled by the United States and Albania at the United Nations Security Council...

China is preparing space plan, several big missions for inside and outside the...