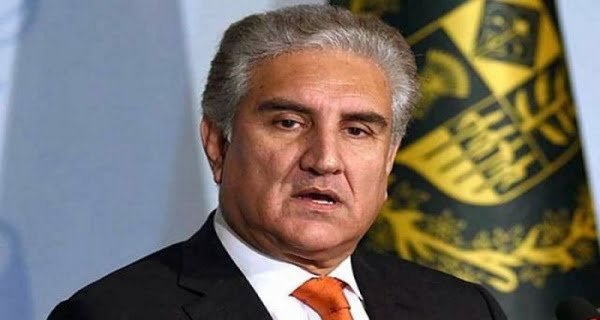 Islamabad: Pakistan’s Foreign Minister Shah Mehmood Qureshi has said that in the third ministerial meeting to be held in China early next year, Afghanistan’s Taliban (Taliban) Government will be invited.

He urged the world community to accept the fact that the war in Afghanistan is over and radical groups are in power. Speaking at a meeting of the Senate Foreign Affairs Committee on Tuesday, Qureshi said Pakistan has created a new mechanism for consultations between its neighboring countries on developments in Afghanistan after the Taliban capture of Kabul in mid-August.

“The interim government of Afghanistan will also be invited to the next meeting of its (Afghanistan’s) neighbors,” Qureshi was quoted as saying by Dawn newspaper on Wednesday.

The news said that the next meeting will be held in China, although the dates have not been finalized it is likely to be held early next year. Apart from Russia, the format of the meeting includes China, Iran, Pakistan, Tajikistan, Turkmenistan, and Uzbekistan.

27/11/2021/7:34:pm
New Delhi: According to news, Dhaka Police has recovered more than 70 million fake Indian currency manufactured in Pakistan. According to a report by All...

Suffering from disease, people above 45 with kidney disease, liver, heart failure, and...

27/02/2021/10:41:pm
New Delhi: In the second phase of Coron Vaccination, people older than 45 will also have vaccinations who have previously had comorbidities. On Saturday,...

Dr.Anthony Fauchi claims-3 doses of vaccine will be needed against the virus

04/09/2021/9:22:pm
Washington: At present, usually two doses of Corona Vaccine are being administered around the world. In some countries including America, three doses of the...