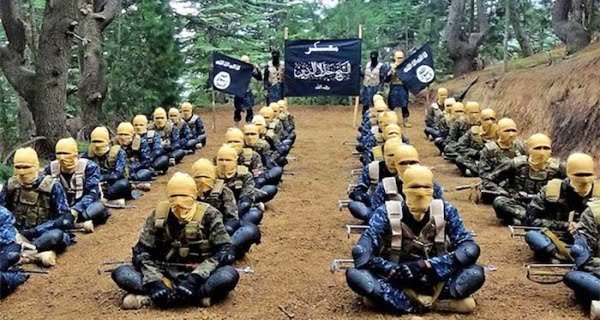 Islamabad: Pakistan is considered responsible for the present condition of Afghanistan. The whole world used to say this thing till now, but now a terrorist organization has also said the same thing. The terrorist organization Islamic State, which has shaken Afghanistan with bomb blasts, has said that Pakistan is responsible for the latest situation in Afghanistan. Islamic State is also known as Daesh and ISIS-K. He has told Pakistan his first target.

ISIS-K has warned that anyone who goes against Islam or opposes the Quran will face the wrath of the terrorist organization, which aims to adopt Sharia rules. A member of ISIS Khorasan (ISIS-K) in Afghanistan said the target of the terrorist organization is to destroy Pakistan. According to reports, ISIS-K member Najifullah has blamed Pakistan for whatever is happening in Afghanistan.

ISIS is currently increasing its presence in Afghanistan. He considers the Taliban as his arch-enemy. According to media reports, Najifullah, a member of the terrorist organization, has said, ‘Our first target is to destroy Pakistan because the main reason for everything in Afghanistan is Pakistan (ISIS on Pakistan). When the Taliban were here (even though the previous government was ruling then), they said that we have controlled 80 percent of the country, but they could not implement Islamic rule. That’s why we came here and started the (ISIS-K) organization in this area.

ISIS spoke against the Taliban
According to Najibullah, Afghanistan is going from bad to worse since the arrival of the Taliban. He has accused the Taliban of destroying the country in two and a half months. Najibullah said, ‘We want to implement Sharia law. We want that the way our Prophet was leading life, the way he dressed, wore the hijab, all should be applicable. At the moment we don’t have much to fight. But if you give me something, I am going to fight Pakistan now.

Heavy rains continue in Tamil Nadu, 12 people have died so far; water on...

04/08/2020/12:22:am
Indore: Corona epidemic has also shunned the devotees from God. But there is a family in Indore city which is carrying on its tradition...

28/07/2020/11:04:pm
New Delhi: Tension has increased in India due to the ongoing Corona epidemic (Covid-19 Pandemic) for the last five months and an unprecedentedly applicable...

08/03/2021/9:38:am
France: Billionaire and Member of Parliament politician Olivier Dussault is killed in a helicopter crash. French President Emmanuel Macron has given this information on...