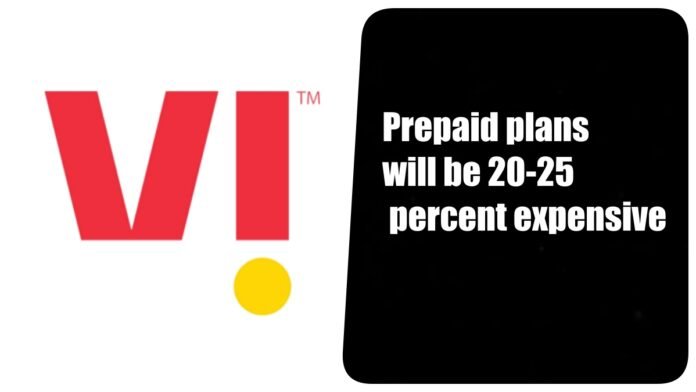 New Delhi: Debt-ridden telecom company Vodafone Idea on Tuesday announced a 20-25 percent hike in mobile call and data rates across all plans. The company said in a statement that the increased rates would be effective from November 25.

The company has increased the minimum recharge value by 25.31 percent from Rs 79 to Rs 99 for a period of 28 days. Vodafone Idea hiked rates of popular unlimited category plans by 20-23 percent. The unlimited plan with one GB data limit per day with a validity of 28 days will cost Rs 269 from November 25, the statement said.

The company has also increased the price of low-value data top-up by about 20 percent. Vodafone Idea’s announcement comes a day after Bharti Airtel announced a rate hike.

The Ex-Congress MLA, who was accused by BJP for eating ration of poor on...

13/07/2020/4:18:pm
Bhopal: After the expansion of the Shivraj cabinet, portfolios were also distributed among the ministers this morning. The department which was given to the...

17/08/2020/11:22:am
The government has denied these reports, stating that the income tax return form is being changed and the taxpayers will have to give details...

Freedom, fair elections, All was lost

18/11/2021/8:58:pm
New Delhi: According to Pakistani media, the Pakistan government has released Tehreek-e-Labbaik chief Saad Rizvi from jail after removing his name from the list...