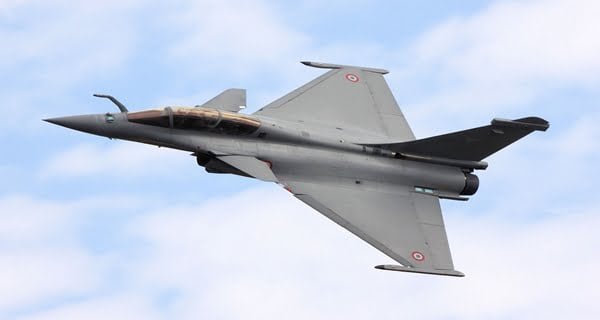 New Delhi: According to Indian Air Force, the aircraft will be inducted at Air Force Station Ambala on 29th July subject to weather. On July 29, the induction ceremony of Rafale fighter aircraft is going to be held in Ambala. The 5 Rafale fighter jets of the first batch are expected to arrive in India in late July. Considering the weather conditions, this fighter aircraft is scheduled to be inducted at Ambala Air Force Center on 29 July. The final induction ceremony will take place in the second week of August.

Meanwhile, the Air Force Commanders’ Conference (AFCC) will be held at the Air Headquarters (Vayu Bhavan) in New Delhi from 22-24 July. This conference is organized on the topic “Indian Air Force in the next decade”. Defense Minister Rajnath Singh will inaugurate the AFCC on 22 July. Also, the Secretary of Defense and Secretary Defense Production will also be present during the inauguration.

The AFCC will be headed by the Chief of the Air Force (CAS), Air Chief Marshal RKS Bhadauria. During this three-day conference, the current operational scenario will be discussed and reviewed for deployment. Also, an action plan to increase the operational capacity of the Indian Air Force in the next decade will also be discussed

Indian-American Kash Patel was made the Chief of Staff of the Acting Secretary of...

11/11/2020/10:21:pm
Washington: Indian-American Kash Patel has been appointed Acting US Secretary of Defense Chris Miller's Chief of Staff. The Pentagon provided this information. The Pentagon's appointment...

There are many common interests and values ​​with India: US

03/08/2021/9:12:pm
Washington: The US State Department said that America and India share many common interests and values ​​and this was reiterated during the recent visit...

04/12/2020/9:55:am
New York: Indian-origin 15-year-old American teenager Gitanjali Rao has been nominated by Time magazine as the first 'Kid of the Year' for his brilliant...

01/02/2022/10:17:am
New Delhi: The much-awaited Sue Gray report is out and on Tuesday it created more concerns for embattled UK prime minister Boris Johnson. Following...

Home Minister Amit Shah, who was discharged from AIIMS, was admitted...