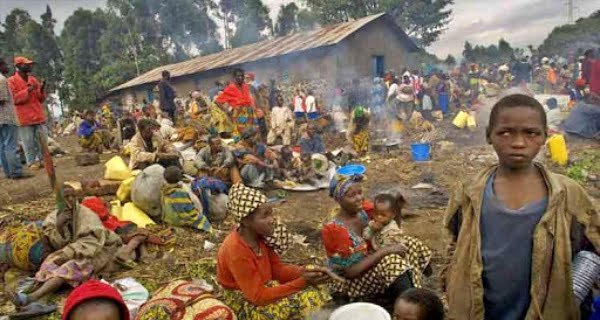 United Nations: The United Nations has warned that more than 27 million people in Congo are suffering from severe starvation, which is about one-third of the estimated 8.7 million population of the struggling African country. Two UN agencies Food and Agriculture Organization and World Food Program said on Tuesday that out of those who are facing severe hunger, seven million people are in an emergency. He said that there is a need to take immediate steps to save the lives of about 27 million Congo citizens.

“For the first time, we were able to analyze such a large population and it helped us bring out the true picture of food insecurity in the Republic of Congo,” said Peter Musoko, representative of the World Food Program in Congo. According to both agencies, the most affected people are displaced, refugees, people affected by floods, landslides, fires and other natural disasters and poor people from urban and nearby areas.

It was banned by the United Nations Security Council after the conflict ended one after another in the Congo. These conflicts devastated the Central African country to a great extent by the year 2002. Minor incidents of violence continue to occur in the mineral-rich eastern border region of the country.

20/08/2020
New Delhi: The Parliamentary Standing Committee on Information Technology has summoned Facebook on September 2. The committee has asked Facebook to appear in the...

Indian-American Kash Patel was made the Chief of Staff of the Acting Secretary of...

11/11/2020
Washington: Indian-American Kash Patel has been appointed Acting US Secretary of Defense Chris Miller's Chief of Staff. The Pentagon provided this information. The Pentagon's appointment...

06/11/2020
Mumbai: The quiz show hosted by Amitabh Bachchan appears on KBC 12 with many interesting contestants taking part. So far only one contestant reached...

12/06/2020
The OnePlus 8 Pro will finally be available for purchase in India. OnePlus had announced the new OnePlus 8 series in India back in...