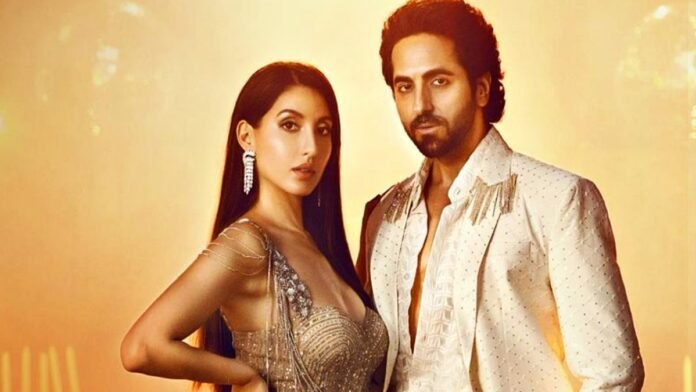 Mumbai: The song ‘Jehda Nasha’ from Bollywood actor Ayushmann Khurrana’s upcoming film ‘An Action Hero’ has been released. In this song, Nora Fatehi is seen dancing tremendously with Ayushmann Khurrana. This song is sung by Amar Jalal, IP Singh, Yohani and Harjot Kaur. Amar Jalal and Balla Jalal have written the lyrics of this song. This song is being streamed on Bhushan Kumar’s T-Series. The film also stars Jaideep Ahlawat in the lead role along with Ayushmann Khurrana. The film will be released in theaters on 2 December 2022

Romance in Qatar will be jailed for 7 years, only husband and wife are...

Delhi HC reprimanded Center, said – if you do not have a vaccine then...

01/06/2021/10:45:pm
New Delhi: On Tuesday, Delhi High Court reprimanded the Central Government on the case of black fungus and vaccination. The Delhi High Court, while...