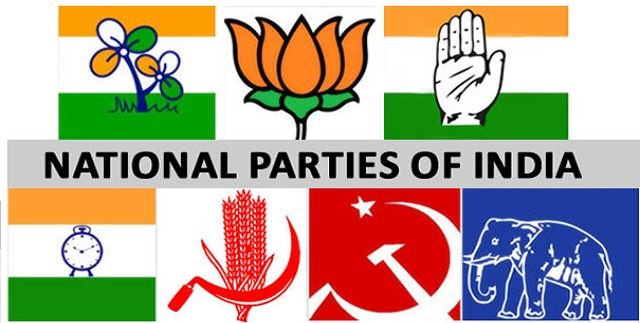 New Delhi: Nineteen political parties, including the Bharatiya Janata Party (BJP) and the Congress, received over Rs 1,100 crore (1,100 crores) during the 2021 assembly elections in five states and union territories. These parties spent more than Rs 500 crore, a major part of which went to advertisements and travel items for star campaigners. This information has been given in a study on Friday.

During the assembly elections in Assam, Kerala, Tamil Nadu, West Bengal, and Puducherry, the BJP got the maximum amount of Rs 611.69 crore and spent Rs 252 crore. Overall, the BJP spent Rs 85.26 crore on campaigning, including advertisements in the media, and Rs 61.73 crore on travel by star campaigners and other leaders, said a report by Association for Democratic Reforms (ADR) and National Election Watch.

“The total funds collected by 19 political parties in 2021 during the Assam, Kerala, Tamil Nadu, West Bengal, and Puducherry assembly elections were Rs 1,116.81 crore, and the total expenditure was Rs 514.30 crore,” the report said.

Maharashtra: 10th and 12th board examinations postponed due to rising corona cases in the...

12/04/2021/7:13:pm
Mumbai: Uddhav Thackeray Government of Maharashtra has taken a big decision in view of the persistent uncontrolled Corona Virus in Maharashtra. Board exams of...

11/04/2021/10:14:am
Washington: America has warned Russia to bear the consequences if it takes aggressive action in eastern Ukraine and the Biden Administration is reviewing its...

14/11/2021/1:26:pm
New Delhi: Pakistan, which is increasing and spreading terror in the world, is once again hatching a nefarious conspiracy. According to the report, its...

Dwarkadhish temple’s top flag broken, a major disaster is coming in the country?

09/07/2020/8:27:pm
Saurashtra of Gujarat has been raining continuously for the last three days25 inches of rain in Dwarka, world-famous Dwarkadhish Temple flag brokenPeople are in...