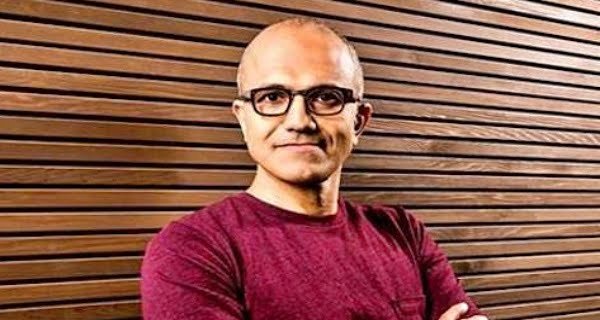 Washington: Satya Nadella, Chief Executive Officer (CEO) of US tech company Microsoft, has told about the bad experience of working with former President Donald Trump. Satya Nadella said on Monday that Microsoft Corp’s attempt to buy the social media app TikTok last year is one of the weirdest things I’ve ever worked on. There was pressure on Microsoft to buy it.

The Trump administration has made several attempts to ban the short-form video app TikTok under vague claims of national security regarding the Chinese government, but each time failed for legal reasons. Trump ordered the separation of the US version of TikTok from parent company ByteDance due to national security concerns about the data collection of US users of TikTok.

In August 2020, Microsoft began negotiations on the proposed acquisition, but in the meantime, another company, Oracle, offered Byte Dance a new deal, after which the deal with Microsoft ended there.

During a conference held in Beverly Hills, California, Nadella said, ‘I learned so many things about so many people. First of all, let’s talk about Tiktok. Tiktok came to us. We did not go to Tiktok.

Nadella further said, ‘TikTok was stuck between a lot of things happening in the two capitals. President Trump had a special vision and was trying to get things done accordingly. Then it closed. Everything else is history.

Nadella said that what attracted ByteDance CEO Zhang Yiming to Microsoft were the US company’s services related to content moderation and child safety, which were developed through Xbox video gaming tools and products included in the commercial social network LinkedIn. ByteDance did not immediately respond to a request for comment.

Nadella said he had no idea whether the US was still pushing for a deal under President Joe Biden. The Biden administration has said it is reviewing national security concerns.

Let us tell you that India has banned 106 Chinese apps including Tiktok. The US administration and lawmakers have welcomed this step taken by India.

27/09/2020/5:34:pm
The operation was launched in the Maiwand district of the province and left 28 insurgents dead and 30 others injured, the spokesman, Jamal Nasir Barakzai, said.

Now non-ration cardholders will get one rupee kg rice, wheat in MP