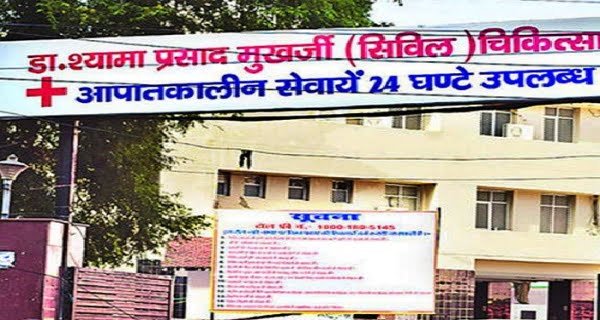 Chief Medical Superintendent of Shyama Prasad Mukherjee Hospital, Lucknow, UP, Dr. S.K. Nanda said that only 1 case of dengue is admitted to our hospital. We have 20 cases of fever of which 5 are children. There is a 15-20% increase in fever cases. About 100 cases of fever are coming in OPD a day.

Lucknow: 100 cases are coming daily in the OPD of Shyama Prasad Mukherjee Hospital
At the same time, more than 400 patients are admitted to different government hospitals in Lucknow, Uttar Pradesh. According to the information, more than 40 children are included in this. Most of the patients coming to OPD complain of fever, cold, and congestion. On one hand, doctors are telling seasonal flu about it, and on the other hand, the patient is in panic. There is a question in the minds of many people whether the third wave of Corona has started.

There was an increase of 15 percent in the number of fever victims
It is noteworthy that the government is also in an action mode regarding these continuously coming cases. All the hospitals have been instructed not to let the patients die in the OPD section without conducting the corona antigen test. Earlier in the month of August, the number of fever victims was about 5 percent but now it has increased to 20 percent.

Significantly, in Firozabad, UP, the death toll due to fever has crossed 50. Three doctors have also been suspended here for negligence. Also, the DM has said in an order that if there is negligence in the treatment of any patient, then strict action will be taken against the doctors.

People are fleeing in the Mathura district of the state, afraid of increasing cases of fever, dengue, and other things. Its influence has been seen more in the seven villages of Mathura. 13 people have lost their lives in Mathura. The district administration and health department in Bulandshahr are on alert mode.

07/03/2021/9:26:pm
Mumbai: In Maharashtra, the outbreak of Coronavirus Cases is once again spreading rapidly. More than 11 thousand cases have been registered in Maharashtra in...

Effect of inflation! Along with petrol and diesel, the prices of vegetables increasing continuously

25/10/2021/9:48:am
New Delhi: Petrol-Diesel Price Today in India is increasing continuously. Along with this, the price of vegetables is also increasing. The problem is that...

Oxygen manufacturer should reserve 90 percent of total production for medical...