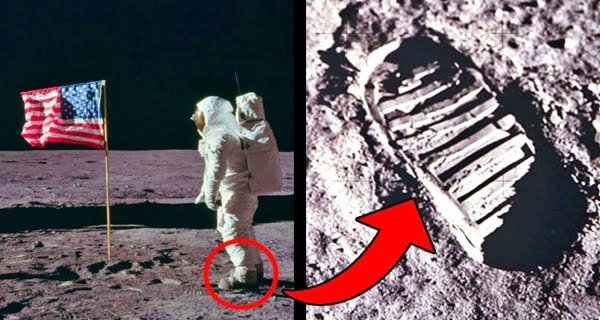 Washington: America has become the first country in the world to pass a law that will protect the human artifacts in space. This law was passed by the US Congress on the last day of last year. It is being described as a ‘one step law to protect human heritage in space’. From now on, the remnants of humanitarian missions in space, including Neil Armstrong’s Boot Prints, will be protected.

Its bill was kept on this occasion
A bill was introduced in Congress for this law on the occasion of the 50th anniversary of the first lunar mission in 2019. Under this law, an enclosure will now be built around the landing side tranquility base of the Apollo 11 campaign sent in 1969. From 1969 to 1972, more lunar missions were launched in this area.

Who proposed this bill?
The bill was introduced by the House Committee on Science, Space, and Technology of Texas and head of Rep. Eddie Bernice Johnson. Its purpose is to protect and preserve the remnants of the moon of the US government at a time when the activities on the moon are increasing around the world.

Protection of special heritage
Johnson says that this law exemplifies that the United States and NASA are directing a responsible behavior in space. Talking about this, another lawyer says that this law is similar to the way international organizations work to preserve the heritage of human history on earth.

It reiterates the American commitment
This lawyer said that this is very important because it reiterates our commitment to preserving our history, the way we protect the heritage of the Earth like the historic Machu Pichhu Wildlife Sanctuary with instruments like the World Heritage Agreement. Under this, we will also accept the expansion of mankind in space.

24/11/2020
Rhode Island (USA): Despite the country's largest health agency urging people not to travel in the wake of Covid-19, millions of U.S. citizens bought...

29 dead in train-bus collision in Pakistan, most Sikh devotees among the dead

03/07/2020
Lahore: In Pakistan's Punjab province, 29 people died as a minibus collided with a train on Friday. Most of the dead were Sikh devotees....

28/01/2021
New Delhi: The central government has said that the ban on international flights will continue till February 28. The Director-General of Civil Aviation gave...