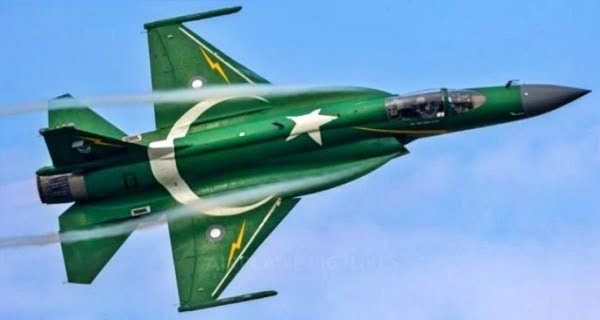 It has been said in the news report that the budget has been presented in the Parliament of the country. However, this does not mean that the deal has been finalized, as Argentina has not yet signed the sale agreement, but it reflects the country’s intention to buy fighter jets from Pakistan. Argentina had tried to buy jets from some other countries in the world over the years, but it was not always possible due to lack of funds or British objections.

The builders say the JF-17 can be used for multiple roles including interception, ground attack, anti-ship, and aerial reconnaissance. The report said that more than half of the JF-17 airframe, including its front fuselage, wings, and vertical stabilizer, is produced in Pakistan, while China produces 42 percent. The last assembly of fighter aircraft takes place in Pakistan.

14/06/2021/10:14:am
Algiers (Algeria): A moderate Islamist party has claimed victory in Algeria's parliamentary elections, although the results are not expected until the next few days....

Fakir Baba Venga predicted, in 2022, devastation on the earth; Aliens will attack, there...

02/06/2021/10:34:am
Islamabad: Pakistan's top news anchor and journalist Hamid Mir was on Monday taken off air by the channel from anchoring its popular talk show....