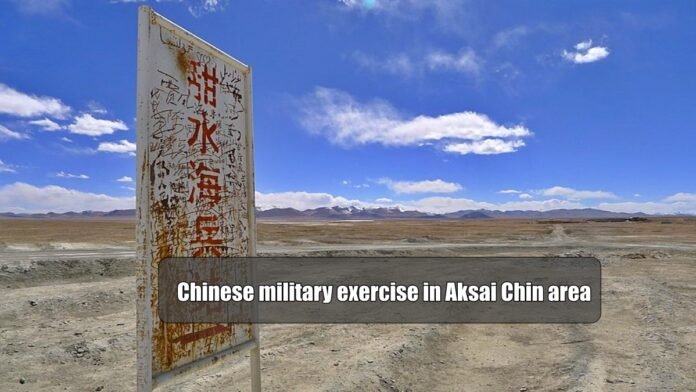 New Delhi: The 84th Army Aviation Brigade of China, which is part of the Zhejiang Military District, is engaged in a tremendous military exercise these days. The special thing is that this brigade so far only had Mi-171 E helicopters taken from Russia, but now the increasing challenge with India has also deployed China’s attack helicopter Z-10 and transport helicopter Z-20 in this base. Have given. According to intelligence reports, China carried out a major military exercise in the Aksai Chin area in the second week of July. During this exercise, AKD 10 Semiactive Laser Guided Air to Ground Missile from Z-10 Attack Helicopter and Tianyan (Tianyan 90) or say TY-90 Air to Air Missile carried out its Attack Helicopter Fire Drill. Along with this, casualty evacuation, troop movement, and assault operations were carried out through Z-20 from China and Mi 171 E helicopter from Russia.

If we talk about China’s AKD 10 missile, then China has recently included it in its army. It is an anti-tank missile. China claims that this missile recognizes its target from three kilometers away and can hit up to five kilometers. And it is claimed about its strike accuracy that it is accurate to 3 meters i.e. this missile, after being released on the target, can hit anywhere within the 3-meter diameter of the target. China’s Z-10 attack helicopter can carry 8 AKD missiles in one turn. Apart from tank armored vehicles, this missile can easily target radar stations and missiles as well. China also claims about its hit rate that it is 88% and it can work in minus 40 to 50 degrees Celsius temperature. That is, in the area of ​​Aksai Chin and Eastern Ladakh, it can work properly even in minus temperatures.

The military exercise was also done with an attack helicopter
At the same time, TY-90 air-to-air missile was also fired from the same Z-10 attack helicopter during this exercise. It can engage air-to-air missile helicopters, low-altitude fighters, and missiles. According to the information, a Z-10 can fly four TY-90s and it is claimed that its firing range is from 500 meters to 6 kilometers and its accuracy is said to be 80 percent.

Training Chinese pilots to compete with the Indian Army
China is training its pilots to compete with the Indian Army in High Altitude. With this brigade, the Chinese army can easily support the PLA army from its helicopter in the area of ​​Galvan, Pangag, and Spangur Lake i.e. Chushul Moldo. After creating adequate infrastructure, China has been carrying out the Aggressive Operations exercise along the LAC since this year.

Chinese fighter jets came close to LAC, and India objected
According to sources, India expressed strong objection to China about the fighters flying close to the LAC from the Chinese side. According to sources, on Tuesday, officials from the Indian Air Force met Chinese PLA officials at Chushul Molds Point and objected to the activity of fighter aircraft close to China’s LAC. However, the Indian Air Force also gave a strong answer to this audacity of the Chinese, and perhaps this is the reason why the Indian Army’s response was kept on behalf of China in that meeting, but one thing is certain China, the Indian Army absolutely Do not want to take the risk of taking it lightly, so have kept their preparations intensified.

20/05/2022/10:53:pm
New Delhi: The Indian Ministry of External Affairs (MEA) has responded to media reports related to the second bridge being built by China on...

Wooden stage collapses during ‘bullfight’ in Colombia, 4 killed, many injured

27/06/2022/8:47:pm
BOGOTA: A part of a wooden stage collapsed on Sunday during a 'bullfight' in central Colombia, leaving spectators on the ground. At least four...

26/10/2021/9:18:pm
New Delhi: We all know that Indian customs and traditions are very ancient. An Indian marriage is very different from the rest of the...

20/02/2021/10:51:am
New Delhi: To help the needy and improve its ranking in the cleanliness survey, South Delhi Municipal Corporation (SMDC) opened 'Shoe Bank' on Thursday...

Now Indian classical music and Bhangra will be taught in England,...

Myanmar army gunned down 30 people, then burnt the bodies, children...

American blogger gang-raped in Pakistan, video made to blackmail