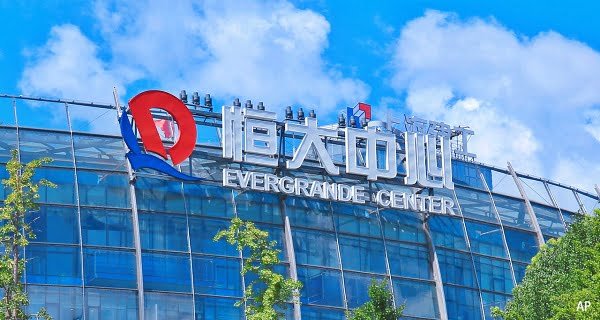 Beijing: In a matter of years, one such company gets ready and becomes so big that it creates fear in the mind of the government as well. They think that if the company fails, then what will happen to the broader economy. One such example is China’s real estate company Evergrande, which is also being called the world’s most indebted real estate company. The issue raised by China has become a cause of economic concern for many countries. Statistics show that the company is in debt of more than $ 30 trillion, many of the company’s projects are stuck in the middle and many suppliers have stopped construction work. Now the situation has become such that the company is paying its outstanding bills by selling assets. Now let us understand what is the reason for this financial crisis on this company and what will be its effect on the world-

How did Evergrande become such a big problem?
Formed in 1996 and going through the heyday of business about a decade ago, the company sold bottled water, owned one of China’s best football teams, and was involved in pig farming. The expansion was such that the company also started making electric cars. However, today the same company has become the biggest threat to the banks.

The company’s founder, Xu Jiayin, was a member of the Chinese People’s Political Consultative Conference. This was a special group of political people. Shu’s extensive contacts may have given creditors confidence in investing money in the company. Now the time has gone that Evergrande has taken more debt than it can repay. Several home buyers have filed lawsuits against the company in the recent past. They are waiting for the full construction of the apartments for which they have paid partially. The company has to pay bills of billions of dollars.

How the company got stuck in such a big trouble
Evergrande continued to grow aggressively in China and in the effort of China’s largest company took a loan of more than 30 thousand million dollars. Last year, Beijing introduced new rules to control the amount taken by big real estate companies. Due to these new rules, the company had to sell the properties at a discount to ensure the inflow of money. Now the company is struggling to pay interest on the loan taken by it. Amidst these uncertainties, the company’s shares have fallen nearly 85 percent this year. Many credit agencies have also downgraded their bonds.

What if Evergrande’s decline impacts
There are many important reasons for the company’s troubles. First, many people had bought properties before Evergrande’s project started. In such a situation, if the company sinks, then their money will also sink. Design companies and suppliers who do business with Evergrand are also facing the risk of major losses. The decline of this company will have an effect on the economy of China.

According to the BBC report, if Evergrande defaults, banks and other lending institutions may be forced to disburse fewer loans. This can lead to a credit crunch, where companies will face difficulties in getting funds at lower rates. Due to this, those companies which are not able to get the amount, will not be able to grow and many may stop working. This can also have an impact on foreign investors.

According to another report, foreign investors fear that if Evergrande falls, all their money will be lost. Beijing has indicated that it no longer wants to bail out foreign and domestic bondholders from this. In the event of bankruptcy proceedings, they will be at the bottom of the list of creditors who acquire the assets of the company.

19/09/2020/12:44:am
San Francisco, United States:  Andersen Global grows its presence in the Caribbean through a Collaboration Agreement with Senior Accounting Services Limited in Jamaica, strengthening the...

If lockdown is removed in China, more than 6 lakh Kovid cases will...

30/11/2021/4:00:pm
Beijing: The new variant of the coronavirus, Omicron Variant, has stirred the world. Amidst increasing cases of the corona, China has kept most parts...