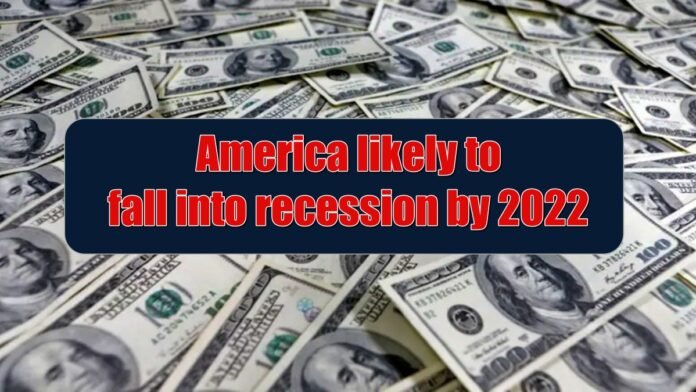 Washington: The US economy is expected to be in the grip of a mild recession by the end of 2022. The main reason for this is the frequent increase of rates by the Federal Reserve to reduce prices. Economists at Nomura Holdings Inc. have expressed this estimate.

“Given slow growth and the Fed’s rate hikes to control inflation, we believe that starting in the fourth quarter of 2022, we believe that there will be an increase in inflation,” Nomura economists Aichi Amemiya and Robert Dent wrote in a note on June 20. There is a greater chance of a mild recession now.”

The global growth outlook is too bad
Nomura has warned that the financial situation will get tighter. Consumer sentiment is going down and the depleted energy and food supply is making the situation worse. The global growth outlook has deteriorated. Nomura analysts have written in their note that monthly inflation is likely to remain high till 2022. We believe the Fed’s response to the recession will be initially muted.

Further rate hike
They expect the ongoing rate hike to continue in 2023 as well. The interest rate reached 3.50 – 3.75 percent in February as compared to the previous forecast of 3.75 – 4.00 percent in March. Nomura has downgraded the real GDP growth forecast. The agency has given a growth estimate of 1.8 percent for this year as against the previous estimate of 2.5. Along with this, the growth forecast for the next year has also been reduced by one percent.

In spite of all the efforts, inflation has not come down
According to the financial services company, high inflation and the Fed’s rate hike are the biggest reasons for the slowdown. The US Fed Reserve’s stance has been aggressive since November 2021. Despite this, the inflationary pressure did not subside but increased.

In this situation, analysts at Nomura believe that the Fed’s attempt to adjust demand with short supply to rein in prices will take the economy into a mild recession. Fed officials have clearly stated that for the time being, they will prioritize price stability, that is, focus on reducing inflation.

The wait is over: common women will ride local from tomorrow

20/10/2020/8:14:pm
Mumbai: Railway has given permission to common women to travel in Mumbai Local from Wednesday. On Tuesday, Railway Minister Piyush Goyal tweeted in a...

17/12/2021/9:26:am
London: The world is once again in panic due to the new variant of Coronavirus, Omicron. Meanwhile, there has been a blast of Coronavirus...

Corona outcry in Europe, WHO warns – 7 lakh deaths may...