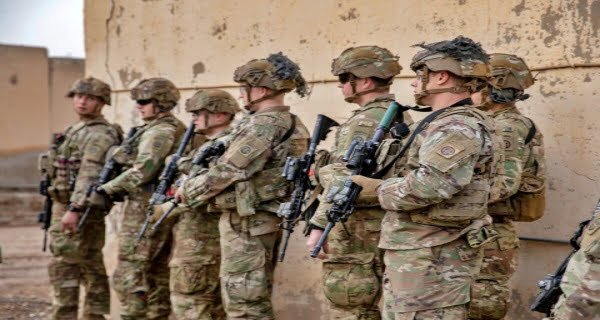 Washington: By January 15, the administration of U.S. President Donald Trump could have almost halved the number of U.S. troops in Afghanistan to 2,500. A US official gave this information. Trump’s goal of withdrawing all troops by the end of this year, however, will not be achieved.

The Pentagon is also expected to withdraw more than 500 troops from Iraq and increase its presence there to 2,500. All this will be done in the last few weeks of Trump’s tenure. However, he has not yet conceded defeat in the presidential election to Joe Biden of the Democratic Party. The army chief was briefed over the weekend and an executive order was being prepared, the official said. The official, speaking on condition of anonymity, said there were currently 4,500 to 5,000 US troops in Afghanistan and more than 3,000 in Ira

29/06/2020
Srinagar: Three militants were killed in an encounter between security forces and militants in Jammu and Kashmir's Anantnag district on Monday. After receiving intelligence...

12/10/2020
Ghaziabad: The picture of a young woman IAS officer posted on the post of SDM (Modinagar SDM) in Modinagar in Ghaziabad district of Uttar...

Bill introduced in the US Congress to tighten China’s propaganda

26/02/2021
Washington: The US Congress (Parliament) has introduced a bill to counter the propaganda of China, creating a new ban authority against China's government-backed propaganda...