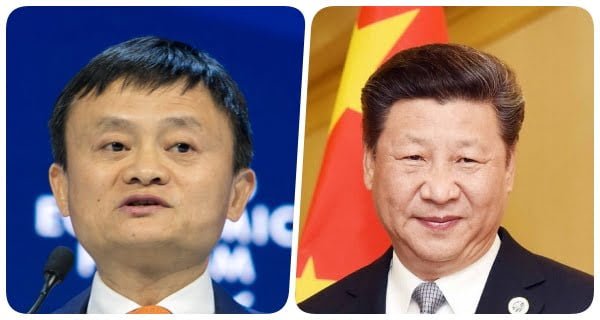 New Delhi: Chinese billionaire Jack Ma and his company Alibaba are once again being targeted by Chinese President Xi Jinping. This is the third time in less than six months that action is being taken against Jack Ma. On Monday, Nikkei Asia, citing the state-run Xinhua News Agency, reported that four government agencies had joint regulatory negotiations with Alibaba-affiliated Ant Group.

Four government agencies are doing inquiries
These four government agencies were the People’s Bank of China, the China Banking and Insurance Regulatory Commission, the China Securities Regulatory Commission and the State Administration of Foreign Exchange. Xinhua said that Pan Gongsheng, one of the deputy governors of the Central Bank, answered reporters’ questions on behalf of the four departments. He said that the reason for the financial authorities to question Ant Group again was to stop monopoly and wrongful expansion of capital. According to Nikkei Asia, the Chinese Communist Party has been taking action since October citing similar reasons.

What does the Chinese government have to say?
The Chinese government says that such steps are being taken only to curb the monopoly of the market and prevent the haphazard expansion of capital. It has been written in the report that by resorting to such new rules, Xi Jinping is engaged in fulfilling political objectives. Xi used this anti-corruption campaign against private companies.
The report said that in China, where the same party holds all the powers, questioning the top officials of a company means bad signs for the company, whereas, it has been questioned twice before now. Then why inquire for the third time?

08/01/2021
Mumbai: Vaccination has now started to fight the coronavirus. People have received this gift for the new year. In India too, its movement has...

09/01/2021
Lahore: The Anti-Terror Court of Pakistan has told the Punjab Police that Jaish-e-Mohammed (Jaish-E-) has been declared as a global terrorist from the United...

20/09/2020
Kurukshetra: Against three agriculture-based ordinances of the central government, in Haryana, the mass of farmers came on the streets. As far as the road...

08/07/2020
Johannesburg: South African fast bowler Lungi Ngidi believes that to overcome the ban on the use of saliva, bowlers need to find a solution...