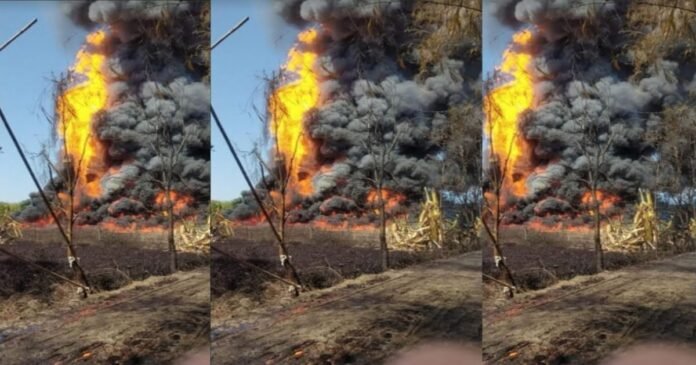 Gauhati: Assam Chief Minister Sarbananda Sonowal spoke to Union Petroleum Minister Dharmendra Pradhan to inform him about the explosion at the Baghjan oilfields and the resultant fire engulfing the area in Tinsukia district today.

The Chief Minister urged the Union Petroleum Minister to take urgent steps for putting out the fire at the earliest while also directing the Tinsukia District Administration and police to take necessary measures for safeguarding the interest of the local people of the affected area.

He also called Defence Minister Rajnath Singh to deploy Air Force for controlling the fire in the oilfields.

Official sources said that while the clearing operations were on at the well site, the natural gas well of Oil India Limited caught fire today after 13 days of blowout.

However, no casualty has been reported so far. Fire tenders are at the site controlling the spread of fire.

Once the situation is normal, the experts will move to the site.

Meanwhile, Assam Chief Secretary Kumar Sanjay Krishna asked the Army and Air Force to be ready for any help at Baghjan.

02/12/2022/9:33:pm
New Delhi: The sale of electric vehicles has increased rapidly in the Indian automobile market. People are also liking them and the government is...

29/12/2022/4:35:pm
McLean, Va., United States: Intelsat, operator of one of the world’s largest integrated satellite and terrestrial networks and leading provider of inflight connectivity (IFC), along...

Pakistan Navy will be modernized with the help of China

06/02/2021/9:54:am
Beijing: Pakistan is procuring four modern warships and eight submarines from a close friend China with the goal of modernizing its navy (Pakistan Navy)...