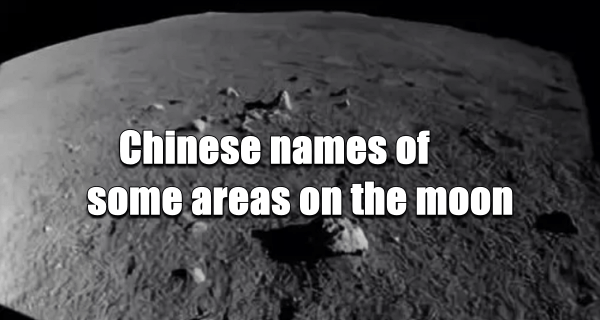 Beijing: The International Astronomical Union has given permission for the Chinese names of eight places on the moon. Last year, the Chinese spacecraft ‘Chang’e-5 probe landed at these locations and collected samples from the lunar surface, and returned to Earth. The ‘Chang-e-5’ space mission was China’s first initiative to collect samples from an astronomical body. It was the first attempt to bring samples from the lunar surface more than 40 years after the US sent astronauts to the Moon to collect samples.

The IAU said in a press release, “To name the planetary system, the IAU working group has given permission to name eight locations around the” Chang E-5 “where it landed. These names are Mons Hua, Mons Heng, Pai Xiu, Liao Hui, Song Yingxing, Statio Tianchuan, and Shu Guanqi. For more information, see the LAC-23 map in the Naming Gazette of the planets. ” China has been naming geographic regions on the Moon since 2010.

According to official media, in September 2010, China’s Ministry of Civil Affairs published official Chinese names for places on Earth’s Moon to help the country carry out its activities on the Moon. The ministry had published Chinese names for 468 places. After this, the official newspaper ‘China Daily’ in one of its news in February 2019, informed the name of Chinese names to five more geographical entities on the moon. These names were announced after the ‘Chang E-4’ mission.

People are roaming around with masks under their noses and blaming the government: Bombay...

27/04/2021/10:31:am
Aurangabad: There is a steady increase in the number of Corona infected in the country. Meanwhile, the Bombay High Court has made very strict...

Amin Commission demands in the case of 13.37 acres of Sri Krishna Janmabhoomi

11/02/2021/10:41:am
Mathura: Advocate Mahendra Pratap Singh and others, who claimed ownership on 13.37 acres of land belonging to Shri Krishna Janmbhumi, filed on behalf of...