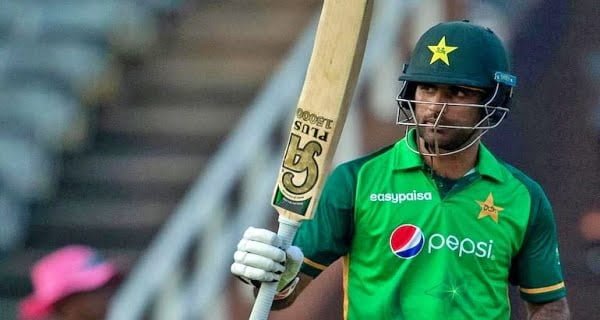 Johannesburg: Fakhar Zaman of Pakistan once again proved that he is the most dangerous opener in the world. He played an unbeaten inning of 193 runs against South Africa (PAK vs SA) on Sunday. With this, he registered his name in the record book. Fakhar Zaman has become the batsman who played the biggest innings in the second innings in ODI cricket. He hit 18 fours and 10 sixes in his innings of 155 balls.

The second ODI match was played between Pakistan and South Africa in Johannesburg on Sunday. Host South Africa scored 341 for 6 wickets batting first. Jamar played a beautiful innings of 193 runs for Pakistan, who came out to play a counter-innings. However, he could not make his team win. The Pakistani team could only manage 324 runs for 9 wickets in the prescribed 50 overs. In this way, he had to face defeat by 17 runs.

Fakhar Zaman has broken the record for the highest score of second innings in ODI by scoring 193 runs. This record was in the name of Shane Watson. Watson scored 185 runs in 2011 chasing a target against Bangladesh.

Fakhar Zaman became the first batsman to score two scores higher than 190 after 2017. He had earlier scored 210 against Zimbabwe in 2018.
Fakhar Zaman has also become the cricketer who played the biggest ODI innings on South African soil. Earlier this record was in the name of Faf du Plessy. He scored an innings of 185 against Sri Lanka in 2017.

Fakhar Zaman’s name may have been recorded in the record book after the innings of 193 runs, but he did not look happy with it. He said after the match, if Pakistan would have won by this innings, they would have been more happy. Of course, despite Faker Zaman’s innings, the Pakistani team and its fans were disappointed.

12/04/2021
If you are also eagerly waiting for the sale of the recently launched Amazfit Smartwatch Amazfit Bip U Pro, then there is good news...

Will Amazon be banned for 7 days!

27/11/2020
New Delhi: In the Corona period, people are shopping frantically online. E-commerce companies are having record sales. These companies are also violating the rules...

27/10/2020
Mumbai: Actress Deepika Padukone's manager Karishma Prakash's house has been raided by the Narcotics Control Bureau (NCB). There are reports of drugs being found...