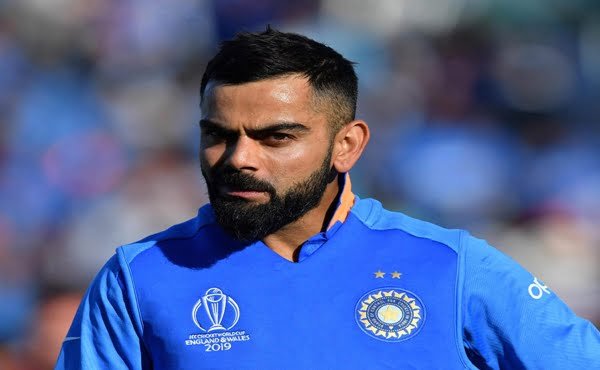 Dubai: On paper, the world’s strongest Indian batting order was badly shattered in the face of disciplined bowling from New Zealand and Virat Kohli’s team was knocked out of the ICC T20 World Cup after losing by eight wickets in a ‘do or die’ match on Sunday. has reached the brink. India’s chances of reaching the semi-finals have been dealt a blow after losing the second match in a row after a ten-wicket loss to Pakistan in the first match. Along with this, questions have also been raised on the leadership ability of outgoing T20 captain Kohli.

Kohli is relinquishing the T20 captaincy after this tournament but the loss will also raise questions about his future as an ODI captain. While the loss of the first match was humiliating, the defeat against New Zealand was also embarrassing. The Kiwi team set an easy target of 111 runs for victory. Got it in 3 overs. Daryl Mitchell made 49 off 35 balls while skipper Kane Williamson remained unbeaten on 33 off 31 balls.

The road to the semi-finals has now become so difficult for India that if Afghanistan beats New Zealand, they will also remain in the race. That too when India defeats Afghanistan, Namibia, and Scotland. Fearless batting is the first condition of T20 cricket and it is nowhere to be seen in India’s performance. In such an important match, the Indian team could only score 110 runs for seven wickets. New Zealand captain Williamson’s decision to bowl after winning the toss proved to be correct. India’s batsmen played irresponsible shots and the hunger to score runs was not visible within them.

Most of India’s batsmen got out with easy catches in the deep. There were 54 dot balls in the Indian innings, ie runs were not scored in nine overs. There was no fault in the pitch but the Indian team was once again dodged in the matter of selection. Not trusting the players running in form cost the team management dearly.

The biggest setback for India was the poor form of both Rohit Sharma and Virat. The middle-order also could not work and Hardik Pandya failed as a batsman in such an important match. Indian batsmen, who were considered masters in playing spin bowling, got caught in the web of spin.

Slow left-arm bowler Mitchell Santner conceded just 15 runs in four overs while leg-spinner Ish Sodhi took two for 17 in his four overs. Together they conceded just 32 runs in eight overs. India’s score was 40 for three in eight overs and the powerplay batsmen could not take any advantage. Ishan Kishan tried to play a big shot to Trent Boult but Santner caught him at deep square leg boundary. KL Rahul (18) hit two fours but he did not look comfortable during the 16-ball stay at the crease.

IPL to be played in UAE: September 19 to November 10

More than 8 thousand cases in Maharashtra for fourth consecutive day, lockdown extended in...

27/02/2021/11:08:pm
New Delhi: In Maharashtra, more than 8 thousand cases of Coronavirus infection have been reported for the fourth consecutive day. According to the Health...

Fire broke out in Egyptian church, 41 people lost their lives in the accident

Plan to convert the dilapidated house of Kishore Kumar into a...