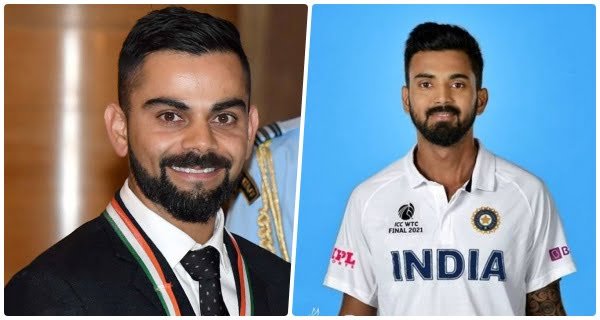 New Delhi: Indian cricket team’s handsome captain Virat Kohli has retained his number 5 position in the ‘ICC Men’s Cricket T20I’ batting rankings, while wicketkeeper-batsman KL Rahul (KL Rahul wicket-keeper Batsman) has moved up a notch to number six. KL Rahul and Virat Kohli are the only two Indian players in the top 10 of the ICC Batting Rankings. In this shortest format of cricket, that is, no Indian player is included in the bowling rankings or all-rounder rankings in T20I.

In the ODI rankings, captain Virat Kohli and vice-captain Rohit Sharma are second and third respectively behind Babar Azam. India’s only bowler in the top-10, Jaspreet Bumrah, slipped a place to the sixth place, while Team India’s all-rounder and deadly spinner Ravindra Jadeja is in the ninth position all-rounders’ rankings.

Chris Woakes at the best of his international career
England cricket team’s all-rounder Chris Woakes reached his career-best third position among bowlers after his excellent performance against Sri Lanka in the 3-match series. Woakes, who took 4 wickets for 18 runs in the first ODI of this series (England vs Sri Lanka ODI Series 2021), is followed by Trent Boult and Mehdi Hasan Miraj of Bangladesh. The previous best ranking of Chris Woakes was the fourth position, which he achieved last year, i.e. in September 2020. Significantly, he has moved up a place to the third place in the ICC rankings among all-rounders, beating his teammate Ben Stokes.