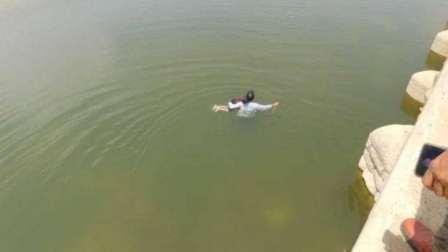 Balaghat: A father troubled by unemployment killed his son by drowning in the river. According to the information, a 37-year-old man, allegedly unemployed in Balaghat, Madhya Pradesh, who was upset over not getting food to the family, killed his eight-year-old son by tying both his hands and drowning them in the Wainganga River.

After committing the murder, the accused father first went to his house and after telling that the son was drowned in the river by the house and then reached the police station police station and informed about the murder. After which the police arrested him. Kotwali police station in-charge Vijay Singh Paraste said that Sunil Jaiswal, who lives in the Saraswati Nagar area of ​​the city, killed his son Prateek Jaiswal by drowning in the river.

He said that a case of murder has been registered against the father accused in the case and arrested. Parste said that the accused father said in his statement to the police that he had no work due to the lockdown. Hence, his son was killed for being unable to raise his family.

12/09/2022/9:09:pm
New Delhi: Air India on Monday said it will induct 30 new aircraft, including five wide-bodied Boeing aircraft, into its fleet from December this...

Ruckus in BHU after India vs Pak match, fierce fighting, and stone pelting between...

07/05/2021/10:21:am
Three Indian-American CEOs Sunder Pichai from Google, Punit Renjen from Deloitte, and Shantanu Narayen from Adobe have joined the steering committee of the Global...