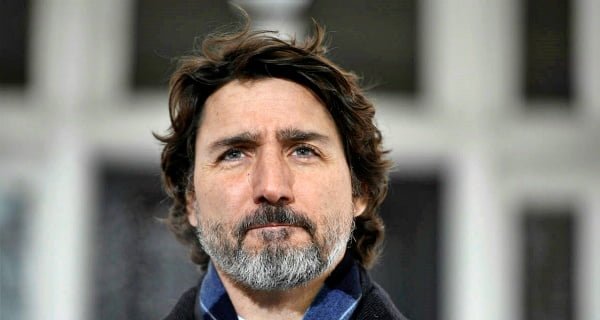 Toronto: Canadian Prime Minister Justin Trudeau said on Tuesday that residential schools for the country’s Aboriginal children are part of a colonial policy aimed at eradicating their language and culture. was created for. Trudeau said the bodies of 215 children buried at a former tribal residential school in Kamloops, British Columbia, were part of a greater tragedy.

Roseanne Casimir, head of First Nation, a group based in British Columbia speaking Salish languages, said the bodies of 215 children were found with the help of underground object detection radar. Some of these are bodies of children as young as three years old. He said it was an unimaginable loss and it was never mentioned in the documents of the Kamloops Indian Residential School. Trudeau said during an emergency debate in parliament, “It is not enough to apologize for the tragedies of the past. This is not enough for the children who have died. It is not enough for their families, children who survive, and communities. Only with our own steps can we choose the better path.”

Trudeau said, “Children should never be sent to these so-called schools and places where they are separated from their families and communities, where they have to deal with loneliness, where they have suffered unimaginable persecution. This is Canada’s fault.” The bodies of more than 200 children were not found buried in a residential school compound in Canada. This school was once considered the largest residential school in Canada. After this incident came to light, the community leaders demanded that every place where a residential school once had been should be investigated. It was against this background that Trudeau made these remarks.

Significantly, from the 19th century to the 1970s, more than 150,000 First Nation children attended government-funded Christian schools as part of a program of adoption into Canadian society. They were forced to convert to Christianity and not allowed to speak their mother tongue. Many children were beaten and abused and it is said that 6,000 children died during that time. The Truth and Reconciliation Commission gave a detailed report on the abuse of children at the institute five years ago.

The Canadian government apologized in Parliament in 2008 and acknowledged physical and sexual abuse of children in schools. The Kamloops School operated from 1890 to 1969. The federal government then took over its operations from the Catholic Church. This school was closed in 1978.

No withdrawal of US Army from Afghanistan at the moment, Biden ruled out the...

26/03/2021/9:47:pm
Washington: America's President Joe Biden has ruled out the possibility of the withdrawal of all his soldiers from Afghanistan by May 1. This was...

Who will form the government in five states, know update related to exit poll

29/04/2021/10:31:pm
As soon as the last phase of the West Bengal Assembly elections is over, the exit poll trends have started coming. According to the...