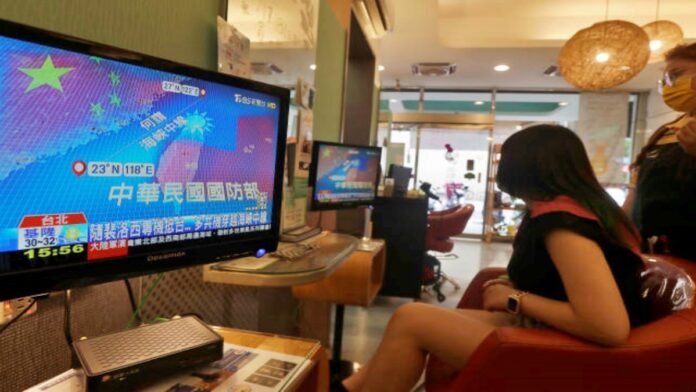 Seoul: China has started a major military exercise, fueled by the visit of US House of Representatives Speaker Nancy Pelosi to Taiwan. This has led to the cancellation of several civilian flights to Taipei and some airlines have diverted their routes. China deployed several fighter jets and fired missiles in its biggest ever military exercise in Taiwan Khadi near Taiwan on Thursday.

According to news of the news agency Reuters, the Chinese army is encircling most of Taiwan in its military exercises. This has affected air traffic and disrupted air travel between Southeast Asia and Northeast Asia. Korean Air Lines Co Ltd has canceled flights between Seoul and Taipei on Friday and Saturday and will delay a flight on Sunday due to military exercises. While Singapore Airlines Ltd said it has canceled its Friday flights between Singapore and Taipei due to increasing airspace restrictions.

However, Japan’s ANA Holdings and Japan Airlines Co., Ltd. still operate flights to Taipei as normal. A spokesman for the airlines said that however, they are avoiding the affected airspace. Hong Kong’s Cathay Pacific Airways Limited flights are avoiding designated airspace areas around Taiwan, which may cause some flights to take longer.

Many flights to Taipei were canceled due to Chinese military exercises, some airlines diverted routes
While Taiwanese companies China Airlines Limited and Airways Corp were still flying to and from Taiwan as of Friday morning. China’s military exercises are affecting major air routes between Southeast Asia and Northeast Asia. Due to this diverting the route may take longer flight time and additional fuel may be used. However, Taiwan has said it is in talks with neighboring Japan and the Philippines to find an alternative air route.

16/06/2021/9:39:am
New Delhi: After not being able to appoint statutory officers on time, Twitter has lost the coveted “safe harbor” immunity in India. According to a...

FM Nirmala Sitamaran said- Signs of improvement in the economy, but this year GDP...

27/01/2022/9:12:am
New Delhi: Naxalites near Giridah in Jharkhand have blown up the railway track by blasting it. As soon as the news of this incident...

Fall in cryptocurrency market, will market cap fall below $1 trillion...