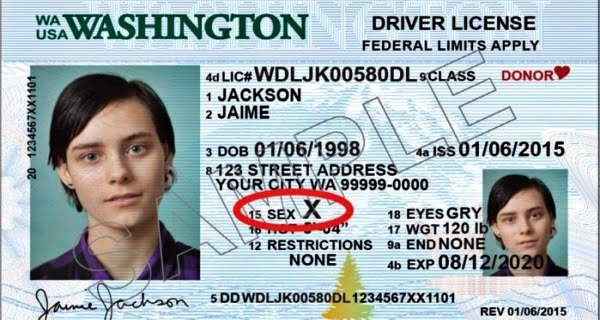 Albany (USA): A long-standing demand of transgenders in New York has finally been accepted and drivers’ licenses and birth certificates now feature ‘X’ instead of ‘female’, ‘male’ as well as gender. Will happen. The move was taken after New York Governor Andrew Cuomo signed a law in this regard on Thursday. This new law will come into force in 180 days. Nonbinary New Yorkers filed a lawsuit in March arguing that the state had failed to provide an “X” option to indicate a non-binary, intersex, form of discrimination.

The term ‘nonbinary’ is used to refer to people who belong to neither male nor female gender, who are outside the gender binary. Under the new law, New Yorkers will no longer have to publish information about the change of name, address, place of birth, and date of birth in a newspaper. Under the old law, it had to be published in the newspaper within 60 days of the change of name. They may also demand not to disclose gender for fear of violence or discrimination. There will also be no need to personally report a change in gender identity to a federal immigration officer.

Two-thirds of transgenders in New York say their gender and name are not on anyone’s ID in a 2015 survey of nearly 1,800 New York residents conducted by the National Center for Transgender Equality. Donna Lieberman, executive director of the New York Civil Liberties Union, said in a statement, “The Gender Recognition Act will not only ensure people have access to proper documentation, but will end government-sanctioned stigma, red tape, and discrimination that are unjustifiable.” hindering New Yorkers from obtaining identification documents that represent who they are.”

In many cities of the India, the circle of sun looks like a glowing...

26/02/2021/9:46:am
New Delhi: After the terrorist attack on the CRPF Convoy in Pulwama, Prime Minister Narendra Modi of India called a meeting of the Security...

07/09/2020/11:14:pm
Beijing, China & Paris La Défense, France: One of the most compelling features of the OPPO Watch is the eSIM-based cellular connectivity. Thales’...