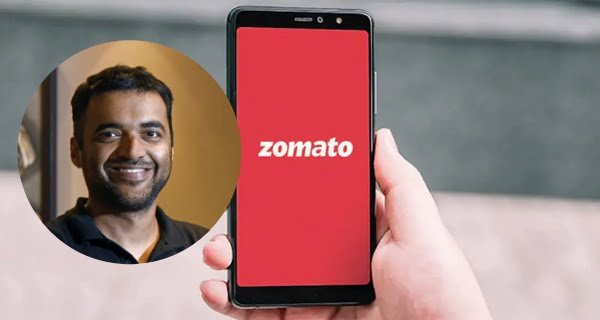 New Delhi: Food delivery app Zomato Chief Executive Officer Deepinder Goyal has given his response to the controversy over Hindi being declared the national language. While reinstating his sacked employee over the matter, Goyal said, “The level of tolerance and peace in our country should be much higher than what it is today.”

In a series of tweets, Deepinder Goyal said, “An unintentional mistake by someone in the support center of a food delivery company has become a national issue. The level of tolerance and coolness in our country must be much higher than it is today. Who’s to blame here?”

He said, “On that note, we are reinstating the agent – ​​this alone is not something he should have been fired for. It’s easily something she can learn and do better about moving forward.”

All young people working in the early stages
Supporting his employees, Goyal said, “And remember, our call center agents are young people, who are at the beginning of their learning curve and career. They are not experts in languages ​​and regional sentiments. Neither do I.”

Love Tamilnadu so much
Expressing his commitment to Tamil and the people of Tamil Nadu, Goyal said, “Having said this, we all must bear each other’s flaws. And respect each other’s language and regional sentiments.”

He said, “Tamil Nadu – We love you. As much as we love the rest of the country. No more, no less. We are all the same, as different as we are.”

What is the whole matter?
Let us tell you that to get the money back, Vikas Namak user had talked to the customer care of food delivery company Zomato and demanded a refund, as he did not get what he ordered in the menu of the food.

During this conversation, the employee had said that he is trying to talk to the restaurant, but it is not possible due to the language barrier. On this, the customer development had said that if Zomato is working in Tamil Nadu, then it should hire people who know Tamil. He had sought his refund by transferring it to another employee.

To this, the customer care executive wrote, “Let us tell you that Hindi is our national language and everyone should have some knowledge of it.” After this, the said employee also apologized for the mistake done with the customer and called it an unfortunate incident. Vikas posted a screenshot of this chat on Twitter and wrote that the said employee does not know Tamil, that is why he is calling me a liar.

29/07/2020/11:01:am
This is such a great arrogance of Bangladesh that Prime Minister Sheikh Hasina has not given time to meet the Indian High Commissioner for...

02/01/2022/11:10:am
Alirajpur: A major accident has happened in the Alirajpur district of Madhya Pradesh on Sunday morning, in which about 3 people have died on...