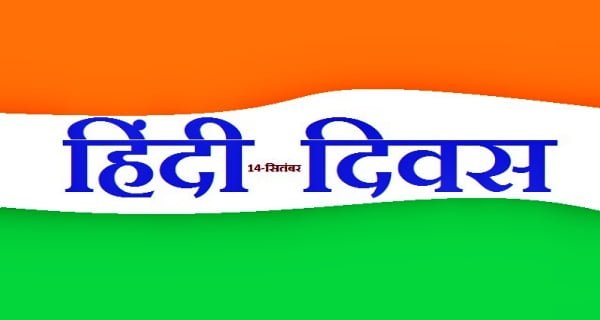 On this day, everyone remembers Hindi, those who do not speak Hindi, also know today’s day. The reason for celebrating Hindi Diwas on 14 September in the country is that this day is celebrated only to make people aware of their language, to prevent the increasing trend of the English language in the country, and to prevent the neglect of Hindi. Hindi is one such language. Which people can easily understand. People can talk to each other. Mahatma Gandhi called the Hindi language the language of the masses. Mahatma Gandhi wanted Hindi to become the national language of our country. The litterateurs also made a lot of effort to make Hindi the national language. But Hindi did not get the status of the national language. Although Hindi has got the status of official language in India.

When did Hindi Diwas start?
On 14 September, the government of the country’s first Prime Minister Pandit Jawaharlal Nehru decided to celebrate 14 September every year as Hindi Diwas, considering the importance of this historical day. On September 14, 1949, the Constituent Assembly accepted Hindi written in Devanagari script as the official language of India. After which officially the first Hindi Day was celebrated on 14 September 1953. What is the purpose of celebrating Hindi Diwas?

The purpose of celebrating the day is to make people aware that unless they use Hindi completely, the Hindi language cannot develop. Therefore, for the purpose of promoting Hindi on 14th September, it is advised to use Hindi in place of English in all government offices.

When the Constituent Assembly was formed in India to prepare the Constitution of India. At that time, apart from various rules and regulations in the constitution, the issue of the official language of the new nation was also important. Because there were hundreds of languages ​​and thousands of dialects in India. After much deliberation, Hindi and English were chosen as the official languages ​​of the new nation. On 14 September 1949, the Constituent Assembly accepted Hindi written in Devanagari script as the official language of the nation along with English. Later the Jawaharlal Nehru government, seeing the importance of this historic day, decided to celebrate 14 September every year as Hindi Diwas. The first official Hindi Day was celebrated on 14 September 1953.

10/02/2021/9:55:pm
Xiaomi is ready to launch its new smartphone Redmi Note 10 Series in India soon. The special thing is that an official announcement has...