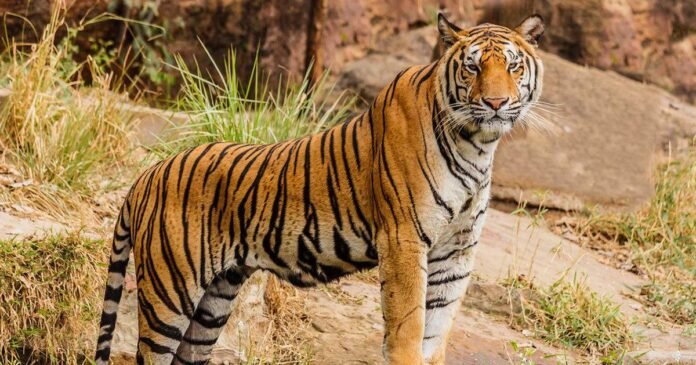 New Delhi: The Environment Ministry today said that due to efforts of government through the National Tiger Conservation Authority, the tiger has been taken from the brink to an assured path of recovery. This is evident in findings of the quadrennial All India Tiger Estimation conducted in 2006, 2010, 2014, and 2018. In a clarification over tiger deaths in the country during the last eight years, the Ministry said some media reports on the figure of tiger deaths are lopsided, sensational, and misleading.

The National Tiger Conservation Authority said results have shown a healthy annual growth rate of tigers at 6 percent, which offsets natural losses and keeps tigers at the habitats carrying capacity level, in the Indian context.

For the period 2012 to 2019, it has been observed that the average tiger deaths per year in the country hover around 94, which is balanced by the annual recruitment as highlighted by this robust growth rate.

07/07/2020
Mumbai: The trailer of Bollywood actor Sushant Singh Rajput's last film 'Dil Bechara' has been released. Ever since the film was announced, fans have...

06/07/2020
New Delhi: The Central Board of Secondary Education-CBSE has partnered with Facebook to launch a free and comprehensive training program for teachers and students...

02/10/2020
Washington: Pentagon procures $ 900 million worth of equipment, parts, and accessories for India fleet of C-130J Super Hercules Cargo Aircraft The request has...

13/08/2020
New Delhi: The head of the Ram Janmabhoomi Teertha Kshetra Trust or the Ram Temple trust in Ayodhya, who shared stage with Prime Minister...