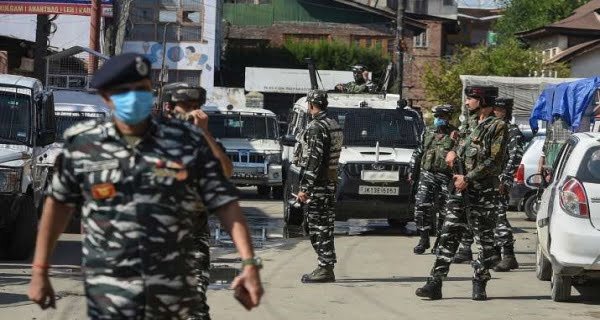 Shrinagar: Suspected terrorists shot dead Makhanlal Bindru, the owner of a famous pharmacy in Srinagar, at his business premises in the Iqbal Park area here on Tuesday. Apart from this, two other people were also shot dead in the Union Territory. A police official said the assailants shot Bindru (68) from close range when he was at his pharmacy. He said Bindru was taken to the hospital, where doctors declared him brought dead.

Bindru, from the Kashmiri Pandit community, was among the few who did not migrate after militancy broke out in Jammu and Kashmir in the 1990s. He stayed here with his wife and continued to run his pharmacy ‘Binru Medicate’. Within an hour of the incident, terrorists killed a non-local street vendor in the Hawal area of ​​the city.

A police official said that Virendra, who was selling Bhelpuri, was also shot at from close range and died on the spot. Within minutes of the second killing, terrorists shot dead a man named Mohammed Shafi Lone at Naidkhai in Bandipora district. Lone was the president of the local taxi stand. Condemning the killing of Bindru, Bharatiya Janata Party (BJP) spokesperson Altaf Thakur said that he was a person helping the poor.

Thakur said, “Those who killed Binru have no religion. I express solidarity with his family and urge the police to bring the culprits to justice at the earliest.” National Conference leader Omar Abdullah also condemned the killing.

He tweeted, “The deadly attack on the owner of Bindu Medicate is unacceptable. I knew him personally. He never left the valley and terrorists did this to him. May God bless his soul.”

29/08/2020/10:51:am
New Delhi: Expressing strong objection to the coverage of the Sushant Singh Rajput case by several media institutions, the Press Council of India (PCI)...