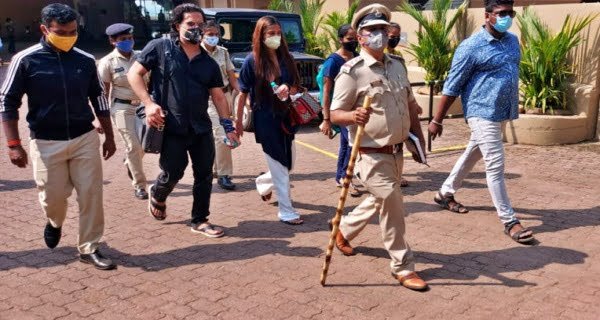 Mumbai: Actress Poonam Pandey is in trouble. In fact, Poonam Pandey has been arrested by the Goa police today. A case has been registered against Poonam Pandey for spreading obscenity during a shoot at Chapoli Dam in Cancona village of Goa on Wednesday. He has since been arrested today. The complaint was lodged by the state water resources department managing the dam.

The complaint further states, “We wonder how this video was shot in government property and with whose permission? This needs to be investigated and action taken against the culprits. Usually, the Entertainment Society of Goa, headed by Chief Minister Pramod Sawant, gives permission for shooting. The Chapoli Dam is the property of the Department of Water Resources, headed by Philip Neri Rodriguez. Chief Minister Sawant, Water Resources Minister and Poonam Pandey should be blamed for tarnishing the image of Goa.

The husband was accused of beating her during the honeymoon
Earlier, Poonam Pandey made headlines in Goa when the actress accused her husband Sam Bombay of assault after a fight between the two during their honeymoon, after which the police took Sam into custody. . However, a few days later, an agreement was reached between Poonam and Sam Bombay. Speaking on her relationship with Sam, Poonam had said during an interview that we are together once again.

23/09/2020
Gurgaon, Haryana, India:  An exasperated Pawan Kumar fell in a wooden cot in the courtyard immediately after returning from another strenuous trip to Delhi and...

24/09/2020
Washington: Facebook has said that some of the fake accounts and network of pages created in China (China) have been scrapped by the company....