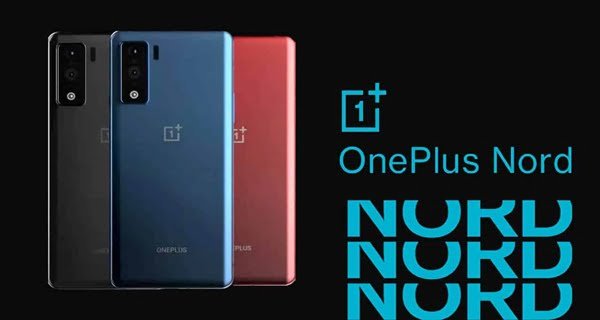 New Delhi: OnePlus has launched its new affordable smartphone, OnePlus Nord, in India. The company has introduced the phone at an initial price of just Rs 24,999, which is the price of its base variant 6GB + 64GB. At the same time, the price of its 8GB + 128GB variant has been kept at Rs 27,999 and the price of 12GB + 256GB variant has been kept at Rs 29,999. The first cell of the phone will be placed on August 4, but the company said that customers will have to wait until September to buy 6GB + 64GB variants.

This new phone has a 6.44-inch AMOLED display, which comes with a 90Hz refresh rate. Corning Gorilla Glass 5 protection has been given in the back and front of the phone, which protects it from damage.

This affordable smartphone from OnePlus works on Android 10 based on OxygenOS 10.5. The Qualcomm Snapdragon 765G processor has been given in this smartphone. Like the OnePlus 8 Series, the OnePlus Nord smartphone comes with 5G support. Customers can buy this phone in two colors Blue Morble and Gray Onix variants.

Two selfie cameras in the phone
The special thing is that dual selfie camera has been given in the front of this phone. The phone has a 32-megapixel primary camera for selfie and an 8-megapixel ultra-wide image sensor.

For power, a 4,115 mAh battery has been given in OnePlus Nord, which supports the company’s Warp Charge 30T fast charging technology. The company claims that the smartphone gets 0 to 70 percent charge in just 30 minutes.

Dhoni got ‘place’ in Team India, gave chance to 7 players who will play...

17/07/2020/7:19:pm
Jaipur: In the midst of the ongoing political crisis in Rajasthan, an audio has gone viral about the downfall of the Gehlot government. In...

Good news for Indians who dream of settling in US, America is going to...

09/10/2021/10:30:pm
Washington: US President Joe Biden wants to remove the problem related to the Green Card. The White House said in a statement that the...

Daryaganj – by the Inventors of Butter Chicken & Dal Makhni

Nirav Modi’s custody extended, case will be heard in September

Relief to the common man! Government will bring another incentive package,...