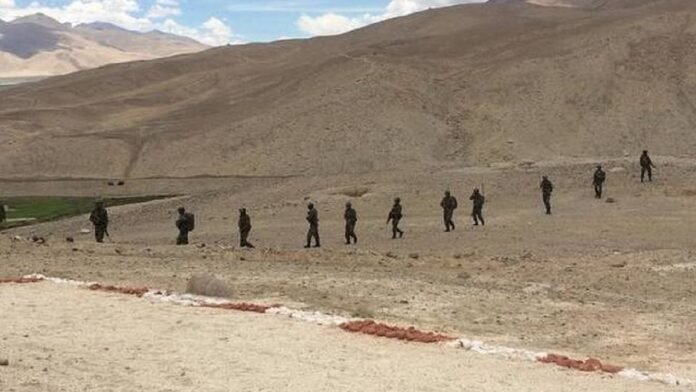 New Delhi: India and China have started the de-escalation process at various areas along Line of Actual Control (LAC) in Eastern Ladakh.

The de-escalation process starts with the withdrawal of troops, equipment, and combat vehicles, sources said on Tuesday.

The sources further added that Finger’s four areas would also be resolved soon.

The meeting on June 6 lasted for around six hours in two phases.

The Indian side was led by Leh-HQ 14 Corp Commander Lieutenant General Harinder Singh and the Chinese delegate is headed by Major General Liu Lin, Commander of South Xinjiang Military Region.

During the meeting, India had pressed for restoration of status quo in the areas of Eastern Ladakh, removal of the heavy build-up of artillery and armored in the areas and follow the protocols laid down by the political leadership of the two countries. However, the Chinese side had asked to stop the border road construction projects.

20/07/2022/8:45:pm
Amritsar: Four sharpshooters involved in the murder of Congress leader and famous singer Sidhu Musewala have been killed by the Punjab Police in an...

How to share high-quality Photos and videos on WhatsApp?

05/01/2023/9:56:am
New Delhi: Usually people use WhatsApp to share photos and videos with someone. After sending it many times people also get disappointed due to...

Rafale will formally build the strength of the Indian Air Force

22/01/2022/7:47:pm
Mumbai: The Indian Cricket Board has made a big announcement regarding the 15th edition of the Indian Premier League. News agency ANI said on...