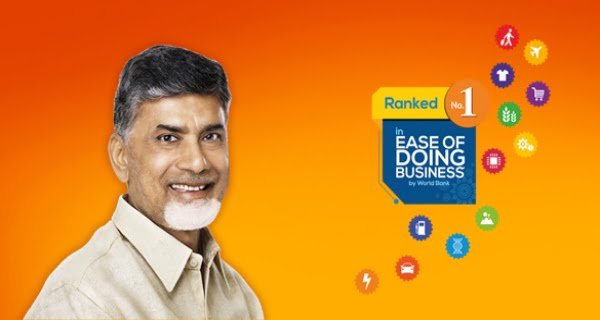 New Delhi: The Ministry of Commerce and Industry has released the ranking of States and Union Territories (UTs) in terms of Ease of Doing Business. In the case of Ease of Doing Business, Andhra Pradesh has retained its position first, Uttar Pradesh (UP) has jumped 10 places to second, and Telangana is at number three. Let us know that the last time this ranking was released in 2018. Finance Minister Nirmala Sitharaman said that this is the fourth edition of the ranking, which has been released for the year 2019. He said that this will give a boost to healthy competition among the states. This time the performance of Andhra Pradesh and Uttar Pradesh has been the best.

West Bengal, Madhya Pradesh, Assam, and Delhi also included
Citing Swami Vivekananda’s statement, Piyush Goyal said that we should not stop, not stop and work together to accelerate the whole country. West Bengal, Madhya Pradesh, Assam, and Delhi have also been ranked in the Business Reform Action Plan (BRAP) rankings. Explain that Union Minister Piyush Goyal had tweeted on Friday that the ranking of the states will be released on Saturday based on the implementation of the scheme of business improvement work towards improving the business environment in India.

Andhra Pradesh topped the list last time too
This ranking, released by the central government, aims to introduce competition among states to improve the business environment to attract domestic and global investors. Rankings of states are measured on the basis of construction permits, labor laws, environmental registration, access to information, availability of land and a single window system. The Ease of Doing rankings for all states and union territories are prepared by the Department for Promotion of Industry and Internal Trade (DPIIT) under the Business Reform Action Plan. Andhra Pradesh topped the ranking chart released in July 2018. At the same time, Telangana was second and Haryana was third.

Haryana failed to make it to the top 10 last time at number three
Madhya Pradesh is fourth in terms of ease of doing business, Jharkhand is in fifth place. At the same time, Chhattisgarh is 6th, Himachal Pradesh 7th, and Rajasthan 8th. Apart from this, West Bengal is at number 9 this time joining the top 10. At the same time, Gujarat is ranked 10th in the Ease of Doing Business. Haryana, which stood at number three last time, has disappeared from the top 10 this time. Uttar Pradesh has been the best performer in Uttar Pradesh and Jharkhand in eastern India by region. At the same time, the performance of Madhya Pradesh in the west, Andhra Pradesh in the south, and Assam in the north-east has been the best in terms of ease of doing business.

02/01/2021
New Delhi: On the second day of the new year, the countrymen have got a second gift. The Committee of Experts on Vaccine has...

05/09/2020
Honor has launched two new smartwatches named Honor Watch GS Pro and Honor Watch ES. In both these devices, the user will get heart...

08/10/2020
Istanbul, Turkey:  This year marks an important milestone for P.I. Works, as it is our 15th year of supporting the telecoms industry. Our ethos has...

15/06/2020
Mumbai. Due to epidemic, the condition of all small and big companies and business people are in a poor condition , they are also...