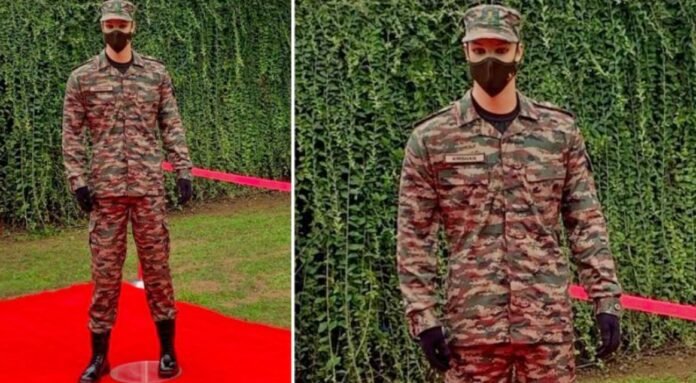 New Delhi: Army Day 2022 is being celebrated across the country today. On the 74th Raising Day of the Army, Indian soldiers today publicly unveiled their new Combat Uniform for the first time. In this new uniform, the commandos of the Parachute Regiment marched in the Parade Ground of Delhi Cantt. Now a video of it is going viral on social media.

According to reports, this new uniform can be introduced in the Indian Army by August 2022. This new uniform has been made with the help of the National Institute of Fashion Technology (NIFT) through 15 patterns, 8 designs, and 4 fabric options. Army Chief General Manoj Mukund Narvane (General MM Narvane) gave the main approval for this uniform Gave. According to officials, this uniform will give more comfort to the soldiers. Along with this, the new uniform will provide uniformity in the design.

According to sources, the camouflage (color and pattern that is not visible and helps conceal) in the new uniform is much better. The army assessed the options and shortlisted four camouflage patterns, three designs, and five garments.

“Two infantry brigades, an artillery brigade, and a Delhi military police unit were given 15 sets of combat uniforms to over 150 personnel,” the source said. There were different combinations of shortlisted patterns, designs, and fabrics.” Based on their feedback, the final prototype of the uniform has been selected. This uniform was presented in front of all military commanders at the Army Commanders Conference held last October.

At present, around 300 pieces of approved prototypes are being prepared for all command headquarters to make all personnel familiar with it, the source said. It also includes 10-20 custom-made uniforms.

14/07/2020/10:33:pm
The United States officially dismissed China's claims to offshore resources across most of the South China Sea and termed Beijing's campaign of bullying to...

08/07/2020/7:58:pm
Washington: The federal government has launched a massive campaign at the national level to reduce rising cases of suicide and appealed to people to...

22/10/2020/12:11:am
New York, United States:  The Goldman Sachs Merchant Banking Division (“GS MBD”) today announced that it has partnered with a seasoned management team, led by...

05/03/2021/9:36:pm
Mumbai: The corpse of the owner of the suspected car parked outside the house of the country's veteran and richest industrialist Mukesh Ambani has...

Amazfit Bip U Pro Smartwatch sale on April 14, gets a...