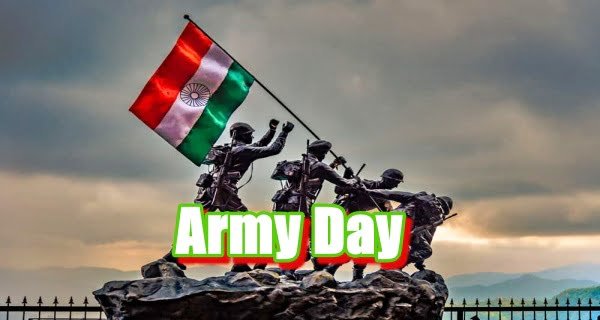 New Delhi: Retired Shivkumar Kunjru, the Hero Colonel of the 1971 India-Pakistan fight, says, “On January 15, 1948, Lieutenant General (later Field Marshal) KM Cariappa, the first Indian of the Indian Army As Commanding in Chief, the last British commander took over from Sir Francis Butcher, due to which this day is celebrated as Army Day. A special thing is that before 26 January, Republic Day, the Indian Army also remembers the battles in which the historic victory was won. “

India-China Battle of 1967
In 1967, this battle took place in the Nathula Pass at 14200 feet in a strategic position. The Nathula Pass is on the Tibet-Sikkim border, through which the old Gangtok-Yatung-Lhasa trade route passes. During the 1967 confrontation, Nathula was responsible for India’s 2nd Grenadiers Battalion. This battalion was commanded by the then Colonel (later Brigadier) Rai Singh.

On October 23, 1947, he was married to the Pak tribes
The biggest attack on behalf of the tribesmen took place on 23 October from Muzaffarabad. After destroying Muzaffarabad, the next target of the tribesmen was Uri and Baramulla. On October 23, 1947, a fierce battle ensued in Uri. In order to stop the attackers, the army led by Brigadier Rajendra Singh managed to demolish the bridge at Uri through which the attackers had to pass. One bullet killed Brigadier Rajendra Singh, but the attackers could not move forward.

26 thousand Indian soldiers entered Pakistan in 1965
The reason for the 1965 war between India and Pakistan was the extent of the Rann of Kutch in Gujarat, apart from the Kashmir dispute. Pakistan started patrolling on this border from January 1965. On 5 August 1965, 26,000 soldiers of India crossed the Line of Control. At that time Pakistan had occupied areas like Uri and Poonch in Kashmir, while India had captured Haji Pir Pass, located about eight kilometers from PAK. On September 6, the official announcement of the start of this war was made by India. This war ended on 23 September 1965.

Bangladesh separated from Pakistan in 1971
Pakistan was forgetful that the US and China would help it. But India swiftly warred in East Pakistan and destroyed the Air Force and Naval Wing within three days. Due to this, paratroopers easily landed in Dhaka, the capital of East Pakistan, which General AAK Niazi found after 48 hours. He thought that the Indian army would not reach Dhaka after crossing the rivers in East Pakistan and they would remain entangled on the border. This proved to be his mistake. The Indian Army surrounded Dhaka with the help of paratroopers.

2700 soldiers of Pak army were killed in Kargil
Since 1998, the Pakistani army was trying to fight Kargil. For this, he had sent 5000 of his soldiers to climb Kargil. The government had received news that Pakistan has captured a part of Kargil. After this, Operation Vijay started to drive the enemies away from their land.

The Indian Air Force used the MiG-27 and the MiG-29 against Pakistan. With the help of MiG-27, bombs were dropped on the places where Pakistan had occupied. Also, R-77 mixtures were fired at many bases in Pakistan from MiG-29. In this war which started on 8 May, a contingent of Indian Airforce started helping the army from 11 May.

A feeling of power was done by operating in other countries
Whether the Operation Cactus was done in the Maldives in 1988 or the move to Sri Lanka in 1987 to chase down the LTTE’s under Operation Pawan, the Indian Army everywhere met expectations. When the Maldives was seeking help from many countries during the coup attempt, the government had relied on the Army and the Air Force to provide help in just one and a half hours.

If you talk about 1984, the army had thwarted the attempt of Pakistani occupation under Operation Meghdoot in Siachen. The effect of this is that till date Pakistan has not been able to look back towards Siachen.

02/08/2020
Abu Dhabi: The United Arab Emirates (UAE) has announced on Saturday that it has begun operations at one of four reactors at the Barakah...

22/08/2020
New Delhi: A major terrorist conspiracy has been foiled in the capital Delhi. After the encounter, the Special Cell of Delhi Police has succeeded...

17/02/2021
New Delhi: The defamation case filed against journalist Priya Ramani has been rejected by the Delhi Court. The court said that the woman has...