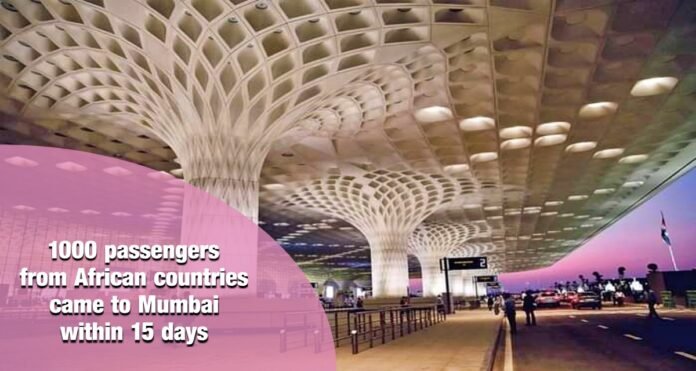 New Delhi: Omicron updates have raised concerns all over the world including India. It is said to be the most dangerous compared to all the previous variants. Amidst all this, concern has increased for Mumbai in Maharashtra, which has suffered the most of Corona. A total of 1000 passengers from African countries have landed in Mumbai within the last 15 days.

It should be noted that BMC has data of only 466 people out of 1000. Out of these 100 people have got the Covid test done. In such a situation, now whatever is found corona positive, their report will be sent for genome sequence. Also, infected people from these countries will be quarantined at Seven Hills Hospital.

Amidst the danger of this new variant, the government of the state has started major preparations at its level. It is being said that the BMC will arrange five hospitals and a jumbo facility amidst the Omicron threat. There is also talk of tightening the screening in Mumbai in the coming days.

28/06/2021/10:41:pm
Tehran: The Iranian Army has claimed that it has succeeded in making a drone that can monitor a distance of 7 thousand kilometers. Hussein...

24/03/2021/4:19:pm
Nainital: RTPCR negative report has now been made mandatory for people visiting Haridwar Kumbh Mela. The High Court has reversed the decision of CM...

Do not be afraid but know what danger of catastrophic deluge is hovering over...