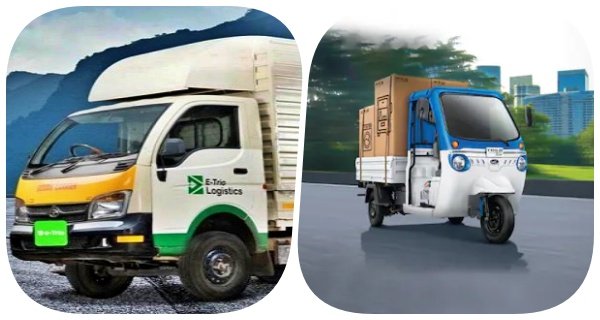 New Delhi: In the national capital Delhi, now 24 hours goods carrier electric vehicles (E-Vehicles Transporting Goods) will be able to run. On Thursday, the Kejriwal government has given its approval in this regard. Delhi Transport Minister Kailash Gahlot has said that exemption has been announced for plying and parking of electric light goods carrier vehicles on identified roads during the time notified by the Delhi Transport Department. L-5-N class three-wheeler goods carriers and N-1 class electric freight vehicles, with a total weight not exceeding 3.5 tonnes, will now be able to fly on Delhi roads at any time.

Explain that due to overcrowding and vehicular pollution during busy hours, there is a ban on the movement of commercial vehicles on 250 major roads of Delhi from 7 am to 11 am and from 5 pm to 9 pm. Transport Minister Kailash Gahlot said that we are committed to implementing every promise made under the EV policy in a good manner and the provision of allowing goods carrier electric vehicles to hit the roads is proof of that.

Delhi Traffic Police has also issued a circular in this regard as per the decision of the Delhi Government. Several rounds of meetings were held with Delhi Traffic Police for effective implementation of this policy and after that, it has now been notified.

Electric vehicles will now get such a boost in Delhi
Transport Minister Kailash Gahlot further said that since the launch of the EV policy, the sales of Electric Light Commercial Vehicles (e-LCVs) have increased from 46 to 1054, which is an increase of 95.6 percent in registrations. We hope that today’s decision will prove to be a milestone in the direction of the adoption of all types of e-vehicles and will give a boost to electric vehicles in Delhi.

With an ambitious target of registering 25 percent new electric vehicles out of total vehicle registrations by 2024, the Delhi government is focused on converting shared and commercial transport to electric vehicles. The purchase of Electric Light Commercial Vehicles (e-LCVs) has seen a huge boom since the implementation of the Delhi EV Policy.

That’s why ‘National Press Day’ is celebrated, every citizen has ‘this’ fundamental right

16/11/2021/9:53:am
India is a democratic country. Journalism is considered to be the fourth pillar of democracy because here people have freedom of expression. The freedom...

21/10/2020/9:31:pm
Erie (USA): US President Donald Trump abruptly terminated an ongoing interview with a news channel on Tuesday and said that he was looking for...