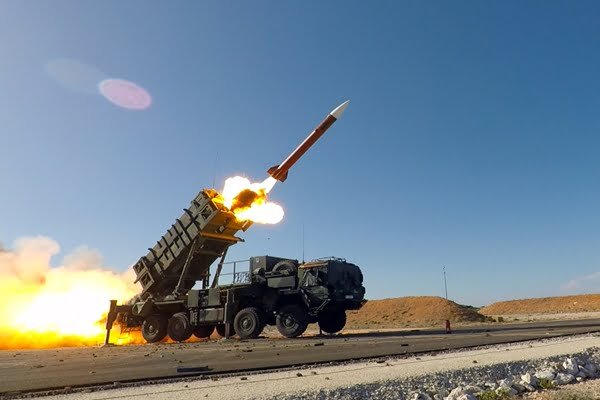 Beijing: The sale of US Patriot Advanced Capability-3 missiles to Taiwan has made China so chilly that its official media has started to bill. After the US approval of this defense deal estimated to cost $ 620 million, government media Global Times directly warned Taiwan and the US not to play with fire. These days, China has also been enraged by the maneuvers of two American aircraft carriers in the South China Sea.

Global Times boastfully wrote that China has increased its military power so much that no matter how much military equipment and weapons Taiwan purchases from America, it will not matter. Chinese media claimed that Taiwan’s defense budget is only $ 11 billion. Which is not even worth mentioning before the Chinese army.

We will capture Taiwan in a few hours
Not only this, the Chinese government mouthpiece went a step further, stating that once the war broke out, the Chinese military was able to destroy Taiwan’s overall military capabilities and occupy its islands within a few hours. China has been claiming Taiwan as its share and Chinese Communist Party leaders repeatedly threaten military action against Taiwan.

China is badly surrounded in Asia
Controversy in Ladakh with India over Japan’s islands in East China Sea has also deepened with Japan in Ladakh. In response, Japan has also deployed its navy to protect these islands. Recently, the Japanese Navy had driven a Chinese submarine out of its waters. This Chinese submarine was doing Reiki from Japan. Similarly, China’s relations with Philippine and Malaysia are also deteriorating. At the same time, Taiwan has directly warned China of war.

American attitude over China
Let us know that US President Donald Trump has targeted China directly several times over the corona virus. He also addressed the Corona virus as Chinese virus or Wuhan virus in the press briefing. China also retaliated by accusing the United States of many ways. Amidst all this, the deployment of the American Carrier Strike Group is expected to spark controversy again in the South China Sea.

China also hit back
China had warned the US a day earlier not to deploy its military in countries like Japan. China has even claimed that if America moves in this direction, then China will also be ready for every answer. Indeed, recently Japan and the United States have also conducted a joint drill in the South China Sea. However, Japan has currently stopped deploying the US anti-missile system.

These are 2 American aircraft carriers
The two aircraft carriers the US has deployed near Taiwan are the USS Theodore Roosevelt, the USS Nimitz. The USS Theodore Roosevelt and the USS Nimitz, who are patrolling the area around Guam in the Philippine Sea, will also be patrolling the area around China. Apart from these two, the USS Ronald Reagan is stationed in the south of Japan in the Philippine Sea.

China is running a power game at sea
‘Forced occupation’ in the South China Sea has intensified. Last Sunday, China renamed 80 sites of the South China Sea. Of these, 25 are islands and reefs, while the remaining 55 are underwater geographic structures. It is a sign of the Chinese occupation of parts of the sea that are covered by the 9-dash line. The line is considered illegal according to international law. This move of China has increased the tension of not only its smaller neighbors but also India and America.

US-Taiwan threatened with sovereignty
Chinese media wrote warning to the US and Taiwan that once a shot is fired in the Gulf of Taiwan due to a strategic mistake, a massive war is likely. The Global Times wrote that the US and Taiwan should not play with fire. Once war breaks out in the region, China will protect national sovereignty at all costs.

01/09/2021/10:24:am
New Delhi: The Center has defended the validity of the new Information Technology (IT) rules before the Delhi High Court, saying these rules will...

Rapists in Pakistan will be made chemically sterile, given the sanction of the law

28/11/2020/9:45:am
Islamabad: Pakistan's cabinet on Friday approved two anti-rape ordinances, which provide for chemical castration of rapists and trial of rape cases with the consent...

Shoaib Akhtar, furious at his team after losing match to...

Who was Mary Tharp, Google made a very special doodle today