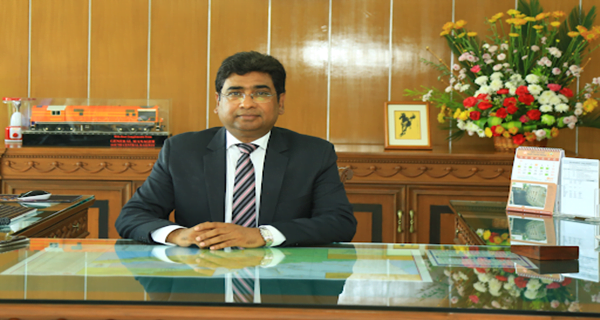 New Delhi: Railway Board Chairman Vinod Kumar Yadav said in a press conference on Friday that in the next 3-4 years, the railway will be able to run passenger trains and freight trains on demand. This means that common passengers will not need to wait for tickets to travel on the train. Whenever you want, you can easily travel in the train. Vinod Kumar Yadav said that by the year 2023, all the capitals of North Eastern states are expected to join the railway network. The final stretch from Katra to Banihal is also expected to be completed by December 2022.

Preparing to give confirmed tickets on these routes first – Rail passengers will get the first confirmed ticket on the Delhi-Mumbai route. With this, he has made complete preparations. After this, you will not have to wait for the confirmation of the train ticket on the Delhi-Kolkata route. Because the railway is making separate tracks for the freight trains running on this route. It is expected to be completed in the next 2 years. Therefore, the train will be able to easily get a tick on this route.

Within the next 9 months, all trains running on the tracks of Delhi-Mumbai and Delhi-Howrah will start running at a speed of 130 km. Due to the same speed on the entire track, passengers will be able to reach their destination in less time than before.

When the train runs at a speed of 160 km on the Delhi-Mumbai route, it will save about three and a half hours. About 5 hours of time will be left on the Delhi-Howrah route. According to the Railway Board, the deficiencies in the track, signaling and communication on these routes are being removed.

Samsung family will donate rare artifacts to pay more than US $ 10.8 billion...

28/04/2021/9:43:pm
Seoul: Samsung's founding family will donate thousands of rare artifacts, including Picasso and Dallis, and billions of dollars for medical research to help pay...

Avoiding the epidemic today the alcohol will flow in Ujjain city

22/11/2022/4:52:pm
New York, United States:  Moody’s has earned the number-one overall ranking in the Chartis RiskTech100® annual report, the most comprehensive study of the world's...

You will also have chip passport, know what is E-Passport