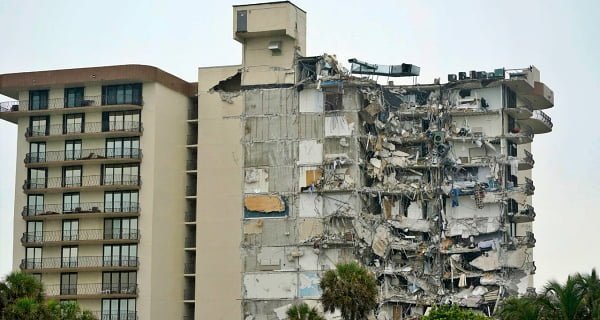 Surfside (USA): Rescue workers have been ordered to resume search operations to retrieve bodies buried under the rubble of a building that collapsed on June 24 in South Florida. Miami-Dade County Mayor Danielia Levine Cava said the remainder of the building was also detonated on Sunday. This was done as planned at around 10.30 am.

It was resumed after the search operation was suspended for about 15 hours. Shortly thereafter, rescuers began clearing out some of the new debris so that rescuers could make a way to access part of the underground garage.

Rescue workers are expected to get a clear picture of the empty space under the rubble when they reach there. They are searching for 121 people trapped under the rubble. However, not a single person could be pulled out alive from the rubble since the rescue operation began. “Today rescuers are again conducting a search operation under the rubble,” Kawa said.

A passage will be made to access the underground garage buried under the rubble. Officials said the investigation into the cause of the building’s collapse is underway. It is noteworthy that a portion of a 12-story building collapsed in Surfside on June 24. Rescuers have so far recovered 24 bodies from the rubble and 121 people are still reported missing.

09/09/2020/10:18:am
London: The ongoing fight against the coronavirus has received a major setback. A person involved in the human trial of AstraZeneca and the Oxford...