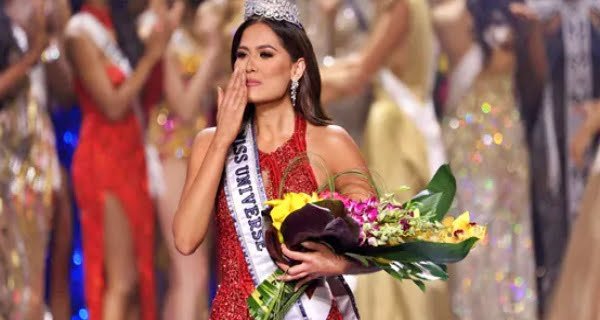 Dubai: For the first time, the United Arab Emirates (UAE) is going to participate in the Miss Universe contest. For this, the first beauty contest ‘Miss Universe UAE’ will be organized in Dubai. The Miss Universe Organization and Eugen event announced this at the Armani Ristorante in Burj Khalifa. The application and selection process for this contest will start on October 7. Online registration can be done for this only by visiting the official website.

Who can participate?
All UAE residents with any citizenship, aged between 18 and 20 years, can register for the contest. Selected candidates will be called personally to Al Habtoor Palace Hotel on 15 October for casting. Only 30 contestants will be announced on October 20, who will be able to take part in the live show of the competition.

Contest to be held in Israel
The final beauty contest will be held on 7 November 2021 at La Perle in Al Habtoor City. The three-hour event will have multiple rounds. The winner of Miss Universe UAE will perform on this international platform. The current Miss Universe is Andrea Meza of Mexico. The 69th edition of the competition was held in Florida in May.

“Miss Universe UAE is going to be extremely special to us because it is a representation of success, connected with service and significance,” said Sharihan Al Mashary, who is also the first-ever female Emirati Hotel GM in the UAE. “And, the individual who will represent UAE at the Miss Universe, will also represent the service and the significance of the country in the past 50 years, and in the next 50 years as well.”

Swimwear will not be a part of Miss Universe UAE. “An identity of a woman is beyond the parameters of her sculpture. And, that is why, we are changing to make a difference and do something that nobody in 70 years of Miss Universe history has done,” she added.

The applications and casting for Miss Universe UAE will begin from today, October 7, and can be done through online registration at missuniverseuae.com

Miss Universe is the world’s biggest annual beauty pageant, with an estimated audience of 500 million.

Miss Universe beauty contest started in 1952, which is the biggest beauty pageant in the world. The 70th Miss Universe pageant will be held in December in the southern city of Ilat, Israel. It will be hosted once again by Steve Harvey. The three-hour program will be broadcast on ‘Fox’ TV channel in America. Apart from this, it will also be broadcast in 180 countries and regions.

Aadhar cards of crores of people may become invalid after this order of UIDAI!...

China will build an unmatched tower with floating islands

25/06/2021/10:10:pm
China: Worldwide, China is known for its advanced technology. The things we are going to tell about China today are related to the technology...