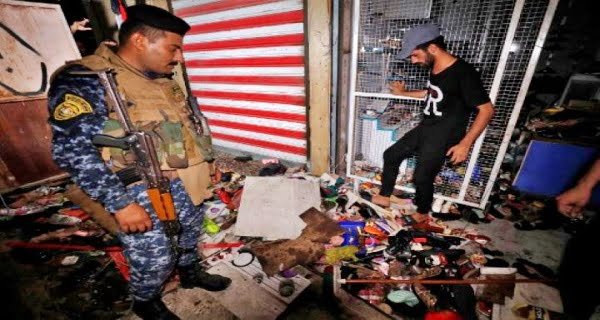 Baghdad: At least 30 people were killed and several others injured in a roadside bomb blast in a crowded market targeting a suburb of Baghdad. Iraqi officials gave this information. Iraq’s military said that the attack took place on Monday in the Waheilat market in the city of Sadr.

Two medical officers told that. At least 30 people have been killed and many injured in the blast. The blast took place a day before the Eid-ul-Azha holiday when markets thronged with buyers to buy gifts and goods. Although no organization has claimed responsibility for the blast so far, the Islamic State organization has claimed responsibility for such attacks in the past.

Iraqi Prime Minister Mustafa al-Kadhimi, the commander of the federal police regiment responsible for the security of the market, has been arrested, according to an army statement. The army said that the investigation of the matter is on. This is the third time this year that a market in a densely populated area adjacent to eastern Baghdad has been bombed.

WHO chief Ghebreyesus came in contact with the corona infected person, went into isolation

15/11/2020/11:20:am
Bucharest: A fire broke out in the ICU ward of a hospital in Romania, where people infected with the coronavirus were being treated. Ten...