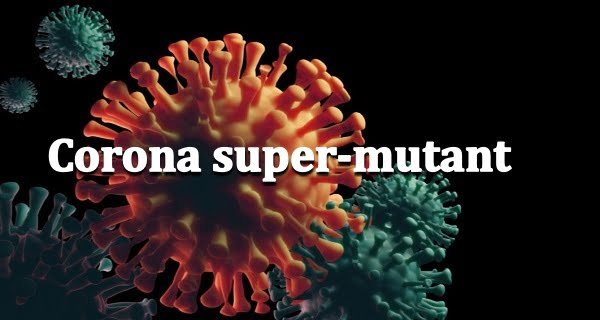 London: Where on the one hand, for the past one and a half years, a more deadly form of Corona, which has created a terrible furor in the whole world, may come to the fore. Yes, now in the coming time a new variant of this will be so dangerous that it can kill one out of three human beings. One such fear has been expressed by top scientists of the UK government. In fact, Britain’s Scientific Advisory Group for Emergencies (SAGE) has warned in one of its reports that the death rate due to this new deadly virus can now be 35%.

Booster vaccine will have to be brought soon:
According to the news, some experts included in this group say that when the virus remains for a very long time, then the possibility of mutation in it is also the highest now. The same is happening in Britain now. Scientists here say that Britain will have to bring a booster vaccine by winter, new variants of the virus from abroad will now have to be stopped from defeat and animals may have to be killed in which this virus can live.

The death rate may increase
Along with this, scientists have also released an important paper on the possibilities of the coming time, in which it has been told about the danger of this ‘super-mutant variant. On this issue, these experts say that if this new strain is made up of beta and alpha found in Kent or the delta variant found in India, then it will also beat the vaccines. Due to this, there is also a possibility of increasing the death rate. However, the team says that only a very powerful variant will be needed to neutralize the vaccine. Which is a complicated process.

Coronavirus did not stop:
If this report is to be believed, now experts have warned once again about the government’s preparations to end the lockdown restrictions in Britain. He says that the report of SAGE also shows that we have not yet been left behind by the virus that spreads this terrible infection. Therefore, the government will also have to be more alert about this. Along with this, experts have also given big and important advice to prevent animals from becoming the reservoir of the virus. He has also asked doctors to use some medicines sparingly. If used excessively, the coronavirus can create the necessary resistance against them. Which can make the situation worse.

17/07/2020/7:52:pm
Beijing: Before coming to China from Hong Kong, people will now have to give a certificate of not being infected with the coronavirus and...

17/10/2020/10:40:am
Maken (America): Presidential candidate Joe Biden, on behalf of the Democratic Party, has alleged that US President Donald Trump "enjoys" isolation and turmoil and...