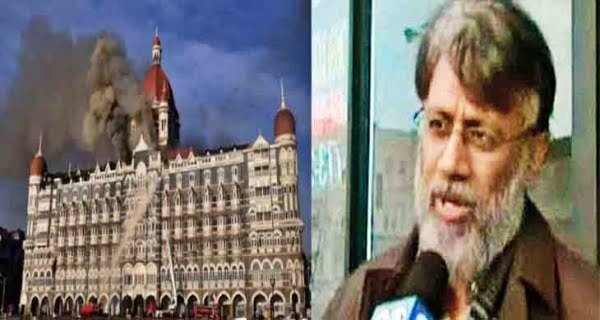 Washington: The United States may soon hand over Tahawwur Rana, accused of the 2008 Mumbai Terrorist Attack, to India. The Biden government of America has sought a green signal from a California court for the extradition of Tahawwur Rana. On behalf of the US government, it has been said in the court that sufficient evidence has been provided against Tahawwur Rana from India for extradition.

Tahawwur Rana is wanted for his alleged role in the Mumbai terror attack and India has requested his extradition. Rana is a childhood friend of Lashkar-e-Taiba terrorist David Coleman Headley. Headley, a 60-year-old US national of Pakistani origin, was involved in plotting the 2008 Mumbai attacks. He had become a witness in the case and is currently serving a 35-year prison sentence in the US for his role in the attack and has testified against Rana.

Rana was re-arrested on June 10, 2020, in Los Angeles on charges of involvement in the Mumbai terror attack at the request of India. The Mumbai attack killed 166 people, including six American citizens, and injured over 200. India has declared him a fugitive.

The document presented in the US court states that on the basis of the evidence presented by India, Rana committed fraud against the Indian government through forging and submission of forged documents. The motive behind such fraud is irrelevant under the Indian criminal provisions.

“Rana knowingly facilitated Headley to obtain business visas and the resources necessary to conduct terrorism-related surveillance operations in India,” the document said. Which eventually led to three days of terrorist attacks in Mumbai.

04/09/2020/1:30:pm
Mumbai, Maharashtra, New Delhi: For many years, women homebuyers were the leading decision-makers but not the final one. With evolving womankind in the age...

02/07/2021/10:00:am
New Delhi: The India Meteorological Department said on Thursday that the Southwest Monsoon is likely to remain normal in the country in July. Giving...