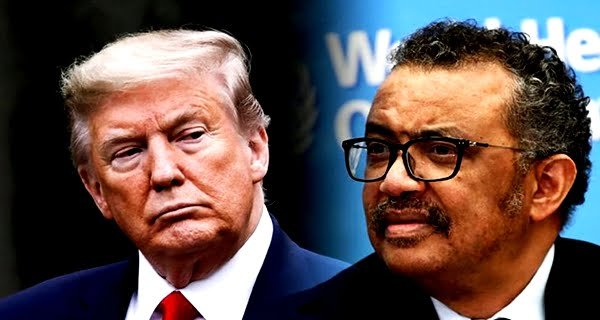 Washington: US President Donald Trump’s administration has officially informed the United Nations of ending all ties with the World Health Organization amid the spread of corona virus infection worldwide. The officials gave information about this. The US has been consistently accusing the WHO of favoring China over the Kovid-19. This global pandemic began last year in the city of Wuhan, China. The US has alleged that due to misleading health organizations of the world, more than half a million people have died due to this virus, of which more than 130,000 people are from America itself.

The US stopped funding the WHO in April after it began reviewing the Trump administration’s ties. A month later, Trump announced an end to the relationship with the World Health Organization. The US provides the largest fund to WHO, over $ 450 million per year, while China’s contribution amounts to one-tenth of America’s contribution. “I can say that on July 6, 2020, the US gave the Secretary-General the official information to withdraw from the World Health Organization which will be effective from July 6, 2021,” UN Secretary-General spokesman Stephen Dujarric said in a statement. Dujarric said that the Secretary-General is confirming with the WHO that all the procedures to withdraw from the organization were not completed. The US is a party to the WHO constitution since 21 June 1948.

27/08/2021/8:45:pm
Istanbul: Turkish President Recep Tayyip Erdogan said on Friday that the Taliban has urged his country to operate Kabul Airport, but so far in...

08/01/2021/11:08:am
Bhopal: After Madhya Pradesh, the fear of bird flu has increased. Symptoms of bird flu have been found in chickens after crows. Preliminary examination...

New feature on Netflix, you can watch movies and shows even without internet connection!

24/02/2021/10:45:am
New feature on Netflix, you can watch movies and shows even without internet connection! Netflix has announced a new feature Download for You. With the...